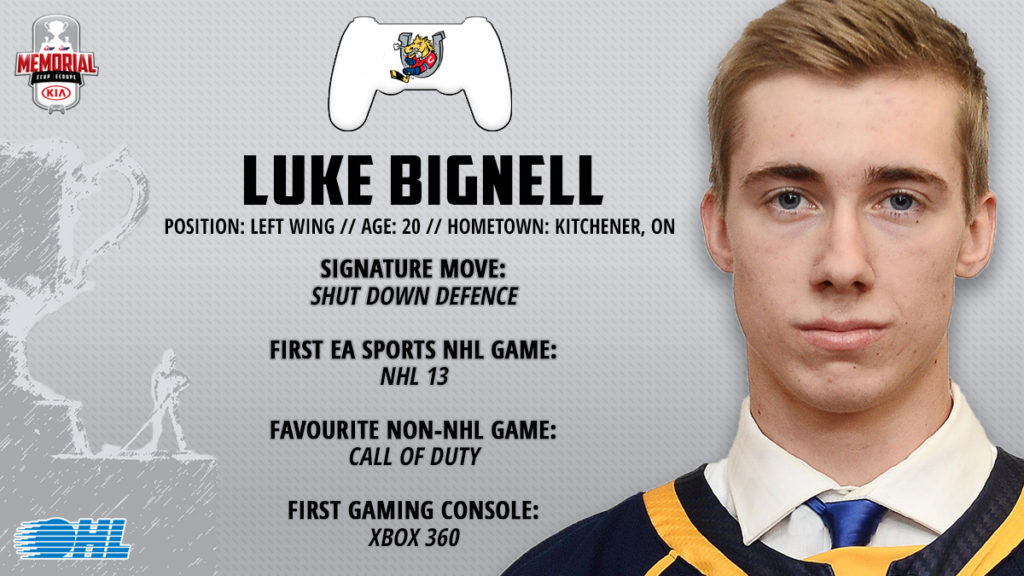 Let’s hear it for the Colts captain! 20-year-old Barrie Colts forward Luke Bignell is gearing up for the Memorial eCup presented by Kia.

On the ice he’s a hard-working, versatile forward. When it comes to his NHL 21 skills, we hear he plays the shut down defence role real well. Either way, we know his leadership will shine through. The Kitchener native will step up to the challenge on Dec. 2 at 6:50 pm against Canadian hockey legend and noted NHL 20 star Erin Ambrose.

FAST FACT:
Over three seasons with the Colts, the 6-foot-1 forward has amassed 30 goals and 68 points. Bignell is the son of former Belleville Bulls blueliner and OHL coach Greg Bignell and the younger brother of Adam Bignell, also a former defenceman for the Bulls.