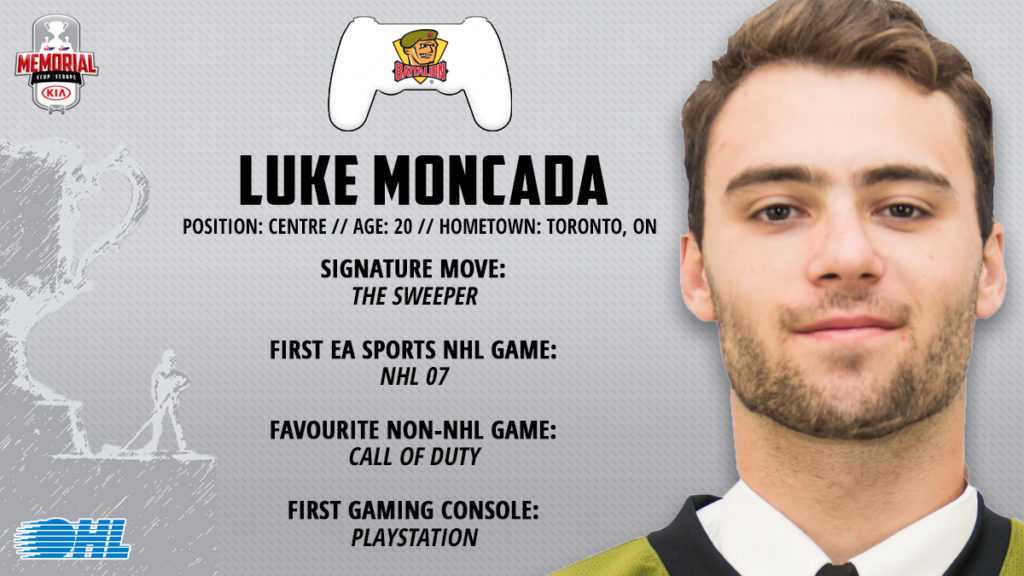 The captain of the Troops will be leading his men into battle when the inaugural Memorial eCup presented by Kia gets underway on Saturday, November 28.

Luke Moncada will look to do the North Bay Battalion proud as he’ll try and utilize a few of his famed in-game tricks such as ‘the sweeper’ and the good old ‘puck chop’ to get the job done.

Moncada led the Battalion in scoring last season, recording 34 goals, 26 assists and 60 points in 62 games. He’ll try and bring that all-around presence to the PS4 console later this month.

Fast Fact:
Moncada was voted the Eastern Conference’s most underrated player in the 2020 OHL Coaches Poll, finishing tied for second with a total of seven shorthanded goals. He also set a new Battalion single game franchise record with three goals in a span of 5:44 on January 18, 2020.