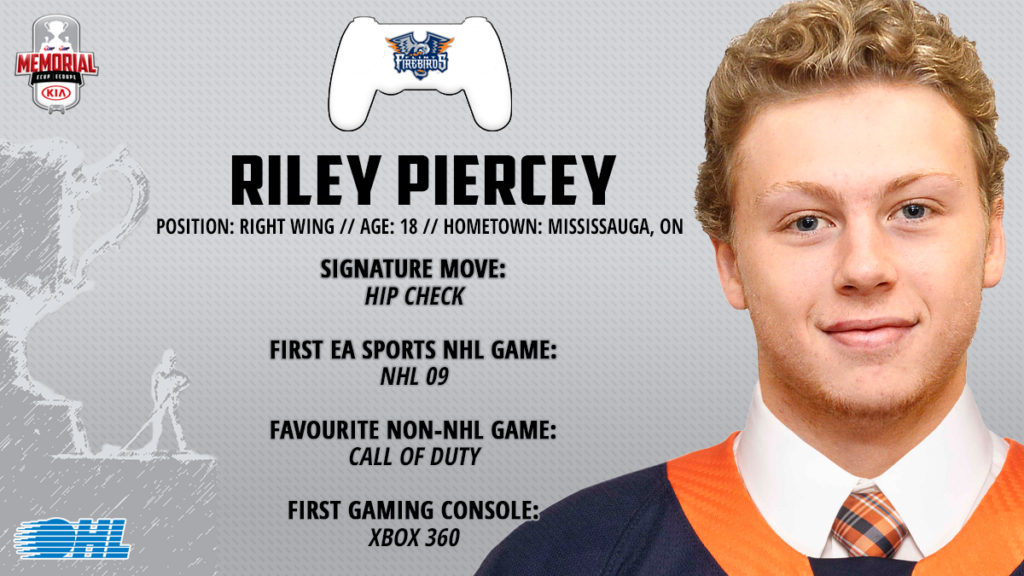 He’s ready to make his Flint Firebirds proud. Look out for Riley Piercey at the Memorial eCup presented by Kia!

At 6-foot-3, the Mississauga, Ont. native isn’t afraid to use his size to his advantage, so his opponents better be on alert for his signature hip checks. Piercey will gear up for battle on the evening of Dec. 5 against Shawinigan’s William Veillette.

FAST FACT:
Piercey was drafted 16th overall by the Barrie Colts in the 2018 OHL Priority Selection and recorded 14 points in his rookie season ahead of his 35-point sophomore campaign split between the Colts and the Firebirds. Prior to suiting up at the OHL level, he put up 56 points in 59 games with the GTHL’s Toronto Marlboros over the 2017-18 season and represented Team Canada White at the World Hockey Under-17 Challenge in 2018. 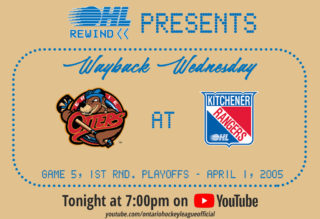