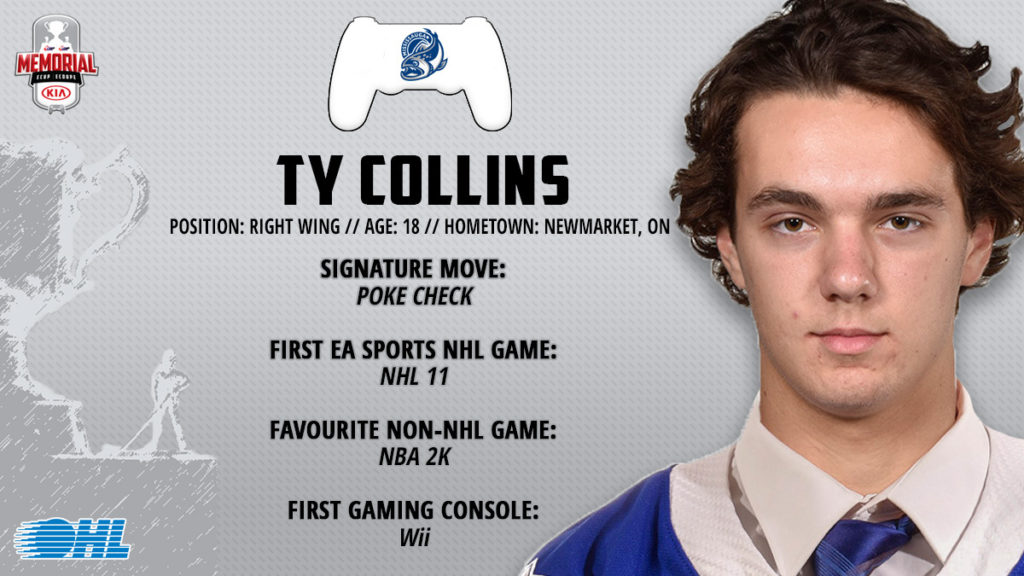 Led by offensively-gifted winger Ty Collins, the Mississauga Steelheads are ready to make a splash at the Memorial eCup presented by Kia.

The 18-year-old Newmarket, Ont. native is taking his efforts to the NHL 21 screen, flaunting the poke check as his big move of choice. Collins squares off with Windsor Spitfires goaltender Xavier Medina on Dec. 2 at 6:15 pm.

FAST FACT:
A second round pick of the Guelph Storm at the 2018 OHL Priority Selection, Collins helped the Storm claim the J. Ross Robertson Cup in his rookie season. As a sophomore, he recorded 11 goals and 27 points over 59 games split between the Storm and Steelheads.