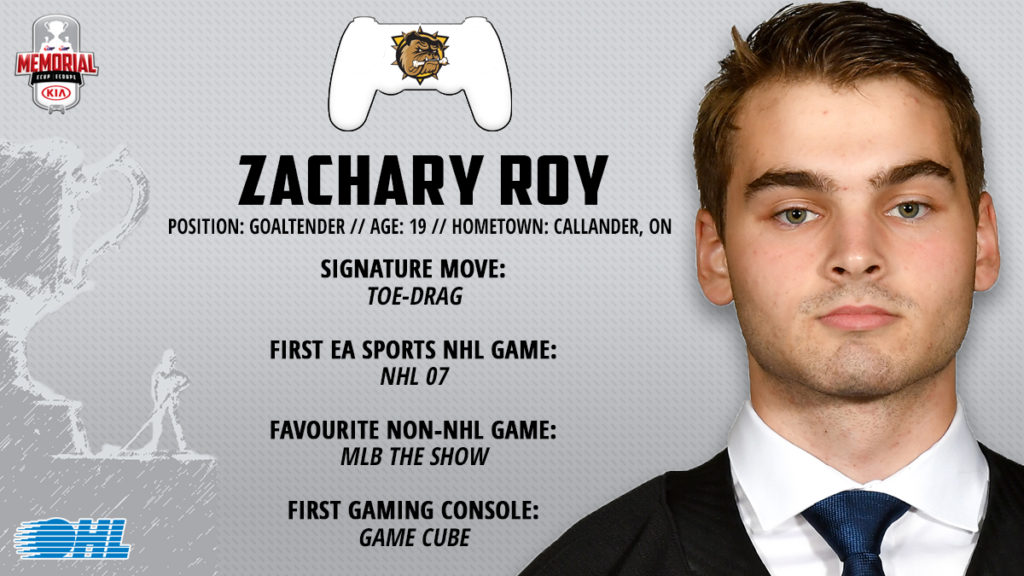 One of a few netminders taking the controls in the inaugural Memorial eCup presented by Kia, Zachary Roy looks to do the Hamilton Bulldogs proud when the virtual puck drops.

It’ll be Roy vs. Roy on Saturday, November 28th at 4:30pm as Zachary takes on Gatineau Olympiques forward Pier-Olivier Roy in the Bulldogs’ tournament opener. The Dogs have been one of a few OHL teams to have practiced their NHL 21 Esports skills on Twitch throughout the course of the pandemic. Here’s hoping practice makes perfect for Roy, who looks to bring Hamilton it’s first title since they last hoisted the J. Ross Robertson Cup in 2018.

Fast Fact:
Roy was a big part of the Toronto Nationals U16 squad’s 2017 OHL Cup run. Roy played in all seven games, posting a 1.43 goals-against average and .956 save percentage as the Nats reached the Championship Final before falling to the Mississauga Reps in the big dance. Roy went on to be selected by the Bulldogs in the fourth round of the 2017 OHL Priority Selection.