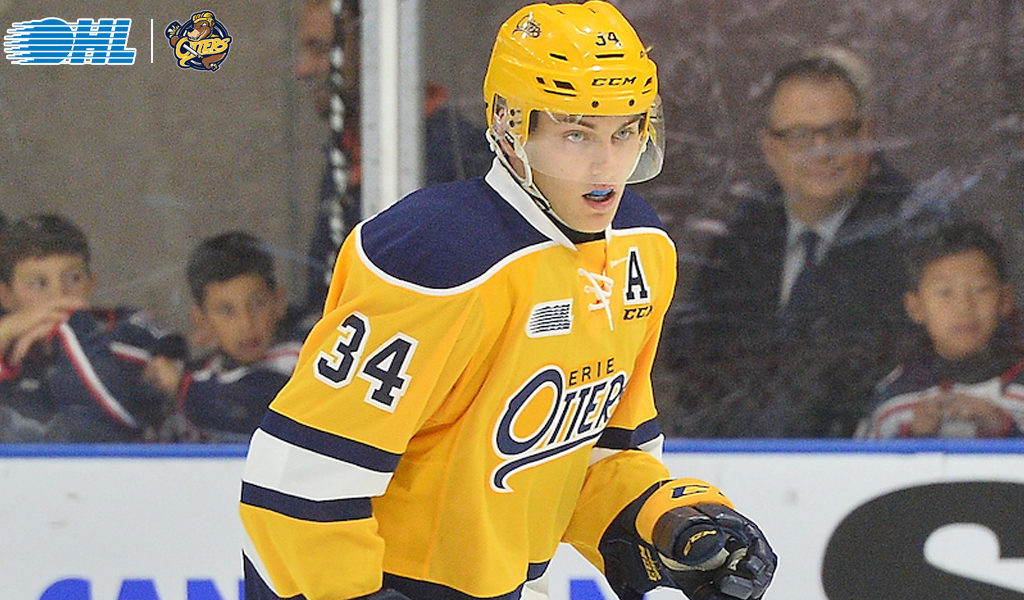 “I think Jack going through what he went through last year wearing an ‘A’, the amount of respect he garners in our room, and the type of player he is, for me it was a pretty easy choice,” Hartsburg spoke of captain Jack Duff. “The type of person he is is what’s really most important to us. He meshes well with our other leaders on the team and our leadership group in general and is the right fit for us.”

Duff, a 6’2”, 221-pound defenseman, becomes the 13th full-time captain in team history after serving as an alternate captain during the 2018-19 season. The 19-year-old was selected by the Otters 57th overall in the third round of the 2016 OHL Priority Selection. The Kingston, Ontario native has appeared in 131 games over parts of three seasons with the Erie Otters and has produced 31 points (5G-26A) and 106 PIM. Jack Duff is the just the fourth Otters defenseman to wear the ‘C’ as captain on a full season basis and first since Brian Lee in the 2004-05 season.

Hartsburg also appointed third-year forward Chad Yetman an alternate captain for the season. Yetman, a 5’11”, 178-pound forward, has appeared in 124 OHL games, amassing 73 points (30G-43A) and is the Otters leading scorer among returning players after a 57-point (21G-36A) campaign in 2018-19. The 19-year-old recently returned from Detroit Red Wings main training camp after a free agent invitation following his work in helping the Red Wings prospects to a Traverse City Tournament championship crown. A native of Whitby, Ontario, Yetman was drafted by the Otters 196th overall in the tenth round of the 2016 OHL Priority Selection.