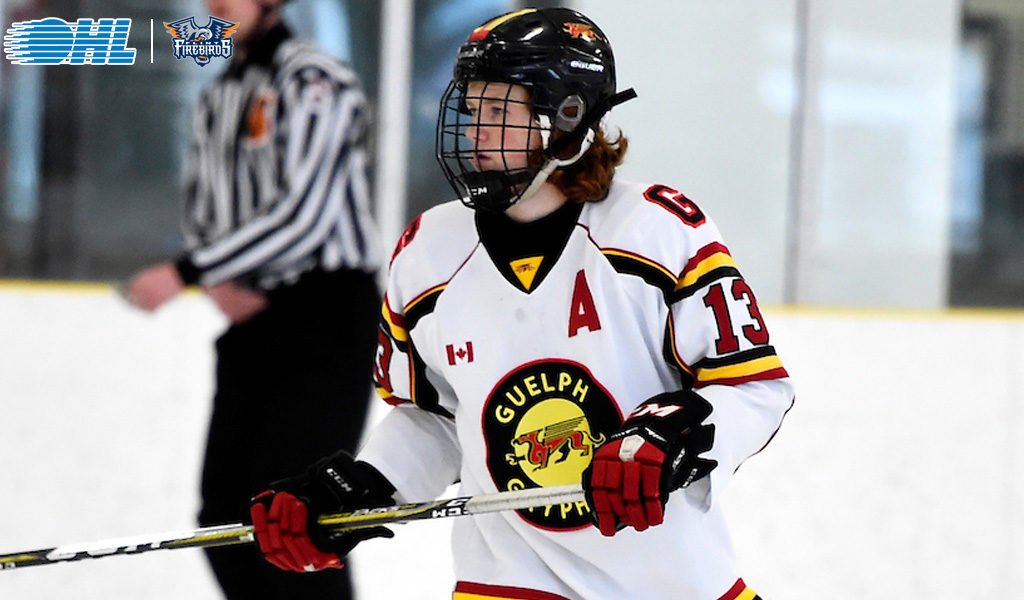 “We are excited to have Jack and his family committed to the Flint Firebirds’ organization,” said Flint Firebirds Vice President of Hockey Operations and General Manager Barclay Branch. “Jack is a talented player that brings speed, skill and a high compete level to our group. He exemplifies all of the qualities that we look for in a player and person.”

BREAKING: Defenseman @JackHarper02 has committed to an @OHLHockey Standard Player Agreement and education package with the Firebirds.

Harper, a native of Guelph, Ont., was heavily recruited with NCAA options before choosing to continue his hockey and academic development in Flint. He was selected by the Firebirds in the seventh-round (122nd overall) of the 2018 OHL Draft after recording 36 points (12G, 24A) in 35 games as a defenseman with the Guelph Jr. Gryphons in the Ontario Minor Hockey Association’s South-Central Triple A Hockey League (OMHA-SCTA) during the 2017-18 season. He played a key role in leading Guelph to the OMHA championships prior to being named to the Team OMHA roster at the prestigious OHL Gold Cup.

“Signing with Flint means everything to me,” said Harper. “I’m really excited that it’s finally official. I think the organization is in great hands and that there is a bright future ahead in Flint. The fans love their hockey there and I can’t wait to be part of it.”

Harper, a 5-foot-10, 170-pound skater, tallied 19 points (9G, 10A) in 43 Tier-II Junior A hockey games with the Burlington Cougars in the Ontario Junior Hockey League (OJHL) during the 2018-19 season and was named both Burlington’s “Rookie of the Year” award and Burlington’s Tom Neziol “Top Prospect” award winner.

2019-20 Recaps
Wednesday Highlights: Overtime winners all around
4 hours ago