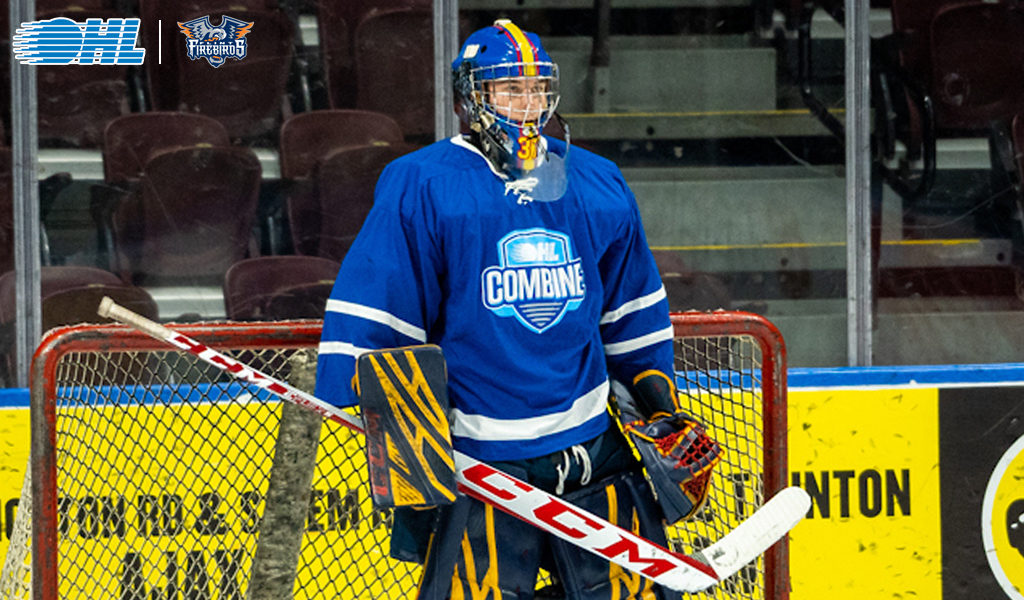 “We like what we have seen in Jacob’s progression this season,” Head Coach and General Manager Ted Dent said. “We are excited to be welcoming Jacob and his family to the Flint Firebirds organization.

“It’s exciting to join the Flint Firebirds,” Brown said. “There’s lots of talent there and I look forward to joining that group in the future. I always went to OHL games when I was younger and to know I get to be a part of that now is a dream come true.”

The 16-year-old netminder out of Yarker, Ont. was selected by Flint out of the Greater Kingston Gaels U16 AAA (ETAHL) where he carried a 2.62 GAA in 14 GP.

Scouting Report from Head Scout Mike Oliverio: “Jacob’s a big body, pro-style goaltender. We like his composure in the net and in speaking with him he definitely has a pro, work-man-like attitude. In watching him the last couple of months we really like the way he has progressed. He’s very efficient in the net and he’s a competitor, he just wants to get better and we look forward to him being a Flint Firebird next year.”