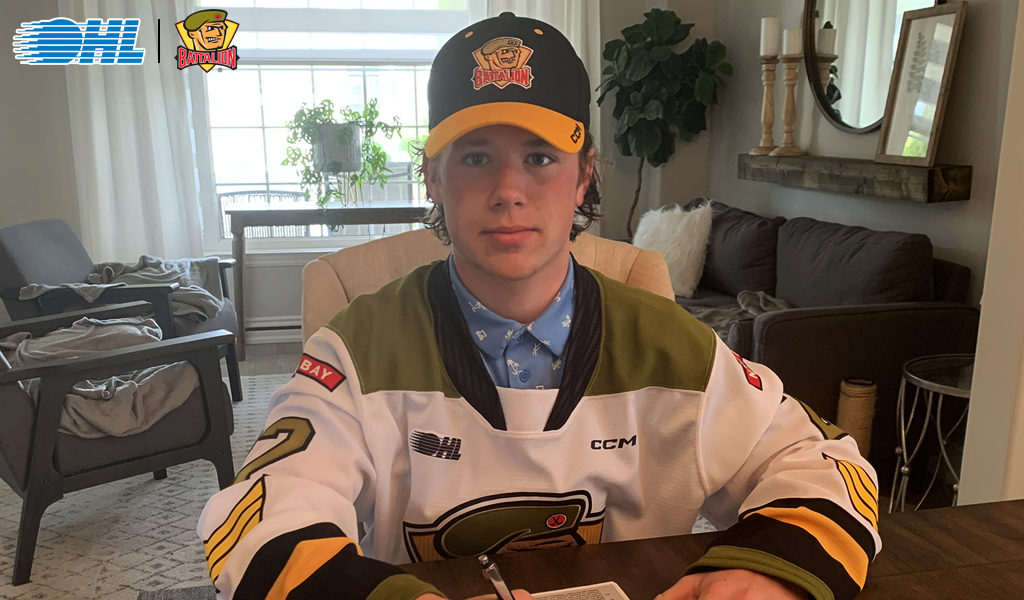 NORTH BAY, Ont. — Jacob Therrien, the North Bay Battalion’s second choice in the Ontario Hockey League Priority Selection in April, has signed a standard player’s agreement, including an education package, with the club, it was announced Tuesday.

Apart from adding five goals and one assist for six points with 10 penalty minutes in six playoff games, he had two goals in one game with the Clarington U18s and played two games with the Ontario Junior Hockey League’s Cobourg Cougars.

“Jacob is a player who won’t take long to become a fan favourite,” said general manager Adam Dennis. “He has a great combination of speed, skill and competitiveness and will mesh nicely with his new teammates.

“We look forward to beginning the development process with Jacob.”

When visiting North Bay the day after being selected, Therrien, who measures five-foot-six and weighs 155 pounds, said he’s ready to play a physical game.

“I feel like I’m a pretty quick player, but I also like to play physical too and lay the body myself.” said Therrien, who demonstrated that propensity at the Battalion’s development camp May 14-15.

Therrien becomes the second player selected this year to sign with the Troops, after first-round pick Ethan Procyszyn, a right winger and prospective centre from the North Central Predators U16s.

The Battalion, which didn’t have a second-round selection, chose Therrien with the first pick of the third round, 44th overall, using a choice acquired from the Saginaw Spirit.