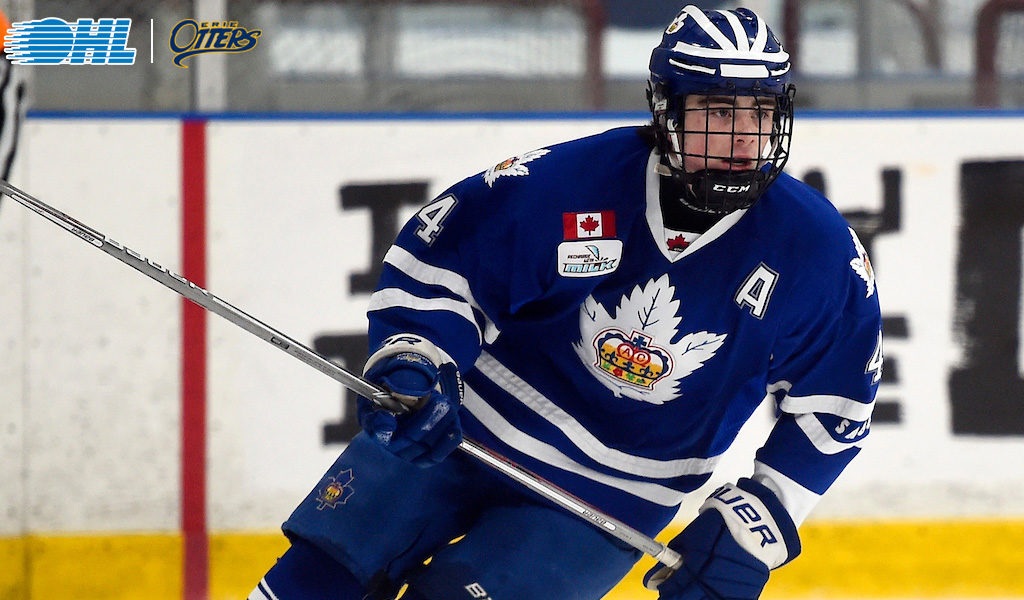 Drysdale, 15, appeared in 57 games with the Toronto Marlboros of the Greater Toronto Hockey League, tallying eight goals and 50 points in the 2017-18 season. He highlighted 2018 by captaining his team to a GTHL Championship and being the GTHL’s Player of the Year.

The 6-foot, 165-pound native of Toronto, Ontario, lead his Marlboros to an OHL Cup Semi-Finals berth and was named to the Gatorade OHL Cup All-Star Team for his efforts by leading all defensemen in scoring with a goal and nine points over six games. His eight assists tied for the tournament lead. Most recently, Drysdale helped GTHL Red to a 2018 OHL Gold Cup Final appearance, where he chipped in an assist in the four-game tournament.