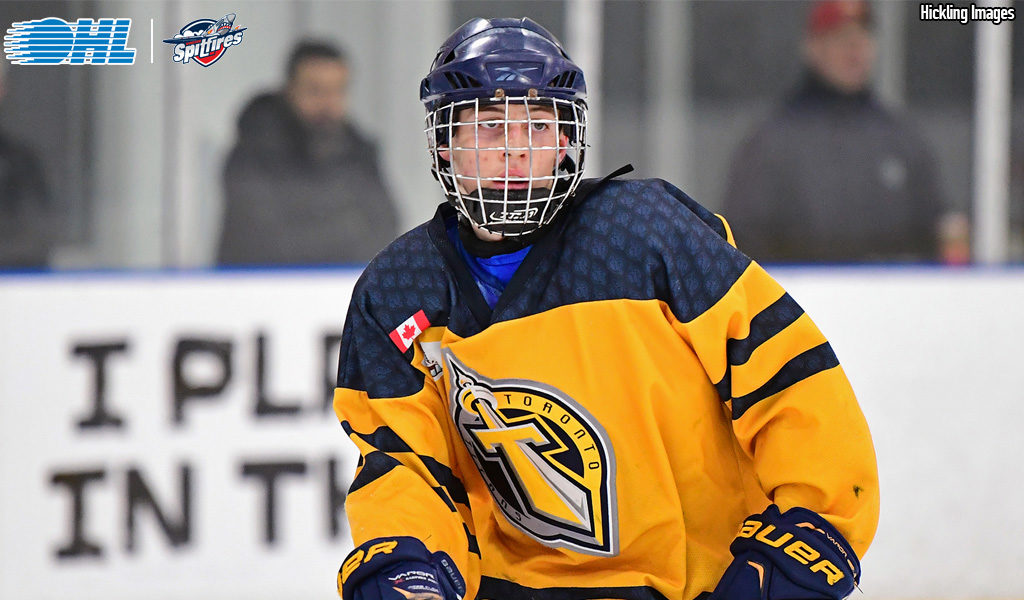 (Windsor, ON) – Jean-Luc Foudy has committed to the Spitfires, agreeing to a Standard Player Agreement with general manager Warren Rychel.

Rychel says the talented centre is a big add to a young group on the rise.

NEWS: First-round pick Jean-Luc Foudy has committed to the club, agreeing to a Standard Player Agreement with GM Warren Rychel

“Jean-Luc is a very intelligent player that can make things happen with the puck,” Rychel said. “Our fans will appreciate his offensive game.”

Foudy’s father Sean played for the Canadian Football League’s Ottawa Rough Riders and B.C. Lions, while his mother, France Gareau, competed for Canada in track and field at the 1984 Olympic Games in Los Angeles.

“He obviously comes from a very athletic family,” Rychel added. “That should serve him well as he continues through his hockey career.”