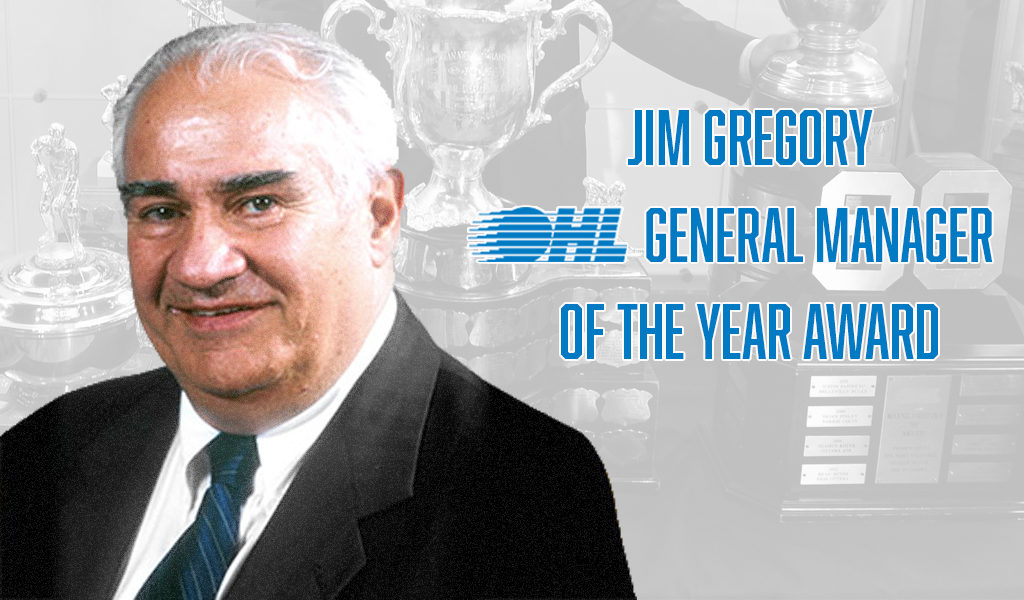 A new OHL award has been established for the 2019-20 season, honouring the memory of one of hockey’s great builders.

The Jim Gregory General Manager of the Year Award will be presented to the general manager who best excelled at his role during the regular season as chosen by the league’s 20 general managers and a panel of print and broadcast media.

One of the game’s great builders, Jim Gregory was inducted into the Hockey Hall of Fame in 2007. A former long-time NHL general manager with the Toronto Maple Leafs, Gregory got his start by guiding St. Michael’s College School and the OHA’s Toronto Marlboros to great success, winning a pair of Memorial Cup titles along the way.

Gregory’s managerial success extended into his NHL career as he guided the Maple Leafs to eight playoff berths over his 10-year tenure from 1969-79.

Throughout his 50-year involvement with the NHL, Gregory made countless contributions to the growth of hockey worldwide, emerging as one of the first GM’s to identify Europe as a major source of talent while also overseeing the advent of video goal review in his role as the NHL’s Sr. Vice President of Hockey Operations.

He served as Chairman of the Hockey Hall of Fame’s Selection Committee from 1998-2014 and was a Distinguished honouree of the Order of Hockey in Canada in 2015.

Mr. Gregory passed away at the age of 83 on Wednesday, October 30, 2019. The Ontario Hockey League sends its deepest condolences to the family, friends and countless people impacted by the accomplished life and career of this very kind individual.