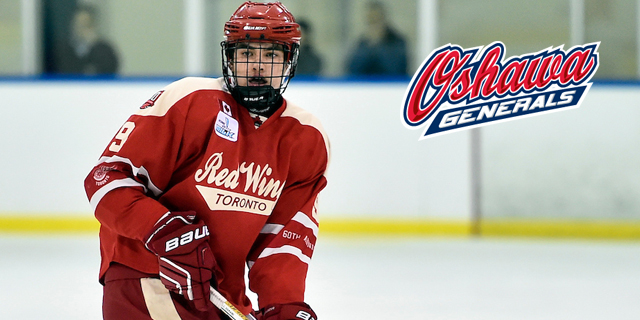 Oshawa, ON – The Oshawa Generals announced announced Wednesday that defenceman Joe Rupoli has committed to the club.

The Oakville native was the Generals fifth round pick in the 2016 OHL Priority Selection, playing this past season with the Mississauga Chargers of the OJHL. The 6’3, 200-pound defenseman played 48 games tallying 3 goals and 12 assists along with 53 penalty minutes as a Charger.

“I look forward to Joe coming here in September and battling for a spot on our club,” said Generals Vice President and General Manager Roger Hunt. “He had a really good year in Tier II last season and I look forward to Joe taking the next step in becoming an Oshawa General.”