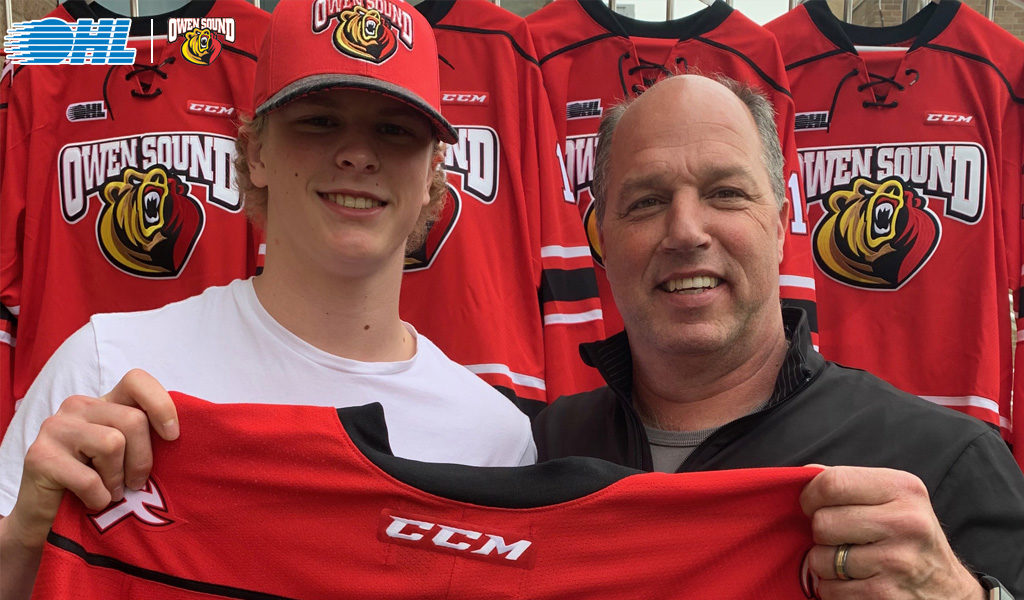 Owen Sound, ON – The Owen Sound Attack are proud to announce the signing of Joshua Samanski to a Standard Player Agreement.

The German/Canadian Dual-Citizen most recently played with the Brantford 99ers in the OJHL, scoring 13 goals and 12 assists over 54 games in the 2018-19 season. The year prior, Samanski played for Jungadler Mannheim U16 in Germany where he put up 52 goals and 54 assists for 106 points in 36 games.

Attack General Manager Dale DeGray says “He’s a big (6’3), left shot centreman. He just turned 17 and we’re happy to add an ’02 of his caliber to our lineup.”

Samanski is ready to get started: “I’m very excited to start a new chapter of my life and experience a new community and hockey team.” He’s happy to let Attack fans know that “I’m a creative hockey player who likes to try to make the best plays possible.”

Sean Lafortune, Attack Director of Player Development sees big things: “He’s a smart, attentive two way forward that played primarily as a pivot last year but can play multiple positions. Very cerebral in possession and crafty. Not flashy but very efficient at driving play in both the neutral and offensive zones and he rarely makes errors. Big 6-foot-3 frame with plenty of room to grow into.”

Samanski will join the Attack at training camp this August.