Josling’s story of perseverance and belief in possibilities 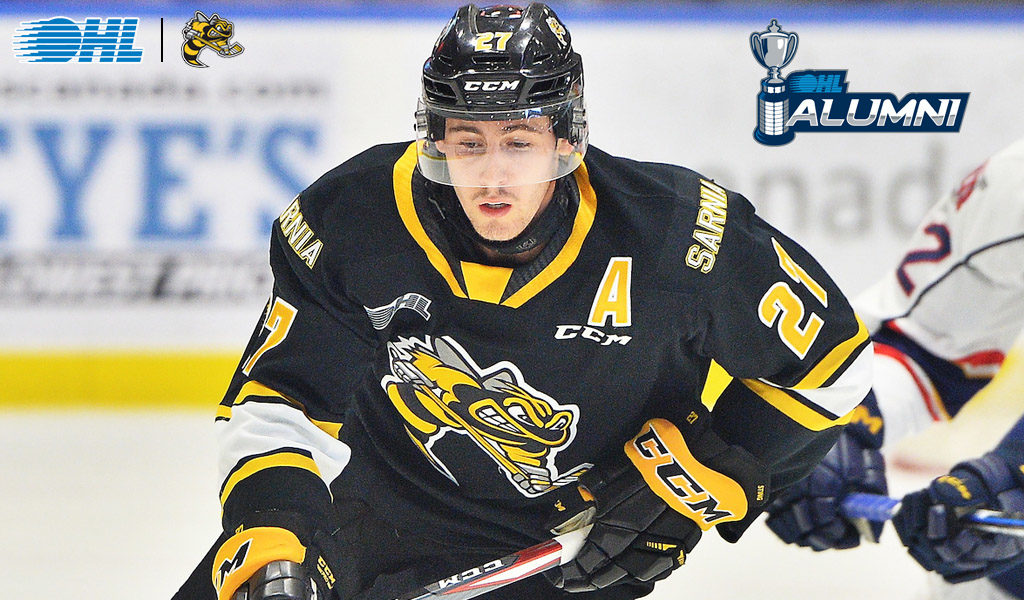 Sean Josling’s Ontario Hockey League career began with a significant challenge; despite putting up 27 goals and 32 assists for 59 points in 55 games with the Toronto Red Wings of the Greater Toronto Hockey League in his final Minor Midget season, he went undrafted in the 2016 OHL Priority Selection. Regardless of this hurdle, the Toronto native remained determined to make playing in the OHL the next step in his hockey career.

After impressing Sting management with his work ethic and skill in pre-season camps, Josling earned his spot in the OHL and signed with the Sting as an undrafted free agent on September 3, 2016.

“Sean is an interesting case. He’s a great story for players, whether it be locally or anywhere, that are aspiring to play in the OHL and then professional hockey. His story is excellent. He believed in himself. Quite often, maybe your passed in a draft and your like ‘ahh, its over’ and this self-defeating prophecy will play itself out. Where Sean believed in himself through and through and with that, he pushed himself to essentially push others. He pushed myself and Nick Sinclair and our coaching staff to be like ‘woah, we’ve got to sign him’ and then ‘we’ve got to play him’ and not just play him a little bit. He earned the opportunity to get to NHL camps, earned the opportunity to arguably be one of the best players on our team in his over-age season. I love that story, that he just believed in himself, pushed himself to new limits, and never let anything get in his way of what he believed could be the possibility.”

Josling’s unwavering commitment to honing his skills and earning greater opportunity with the team was reflected in his growing point totals over the course of his four seasons with the Sting as he recorded 21, 38, and 52 points in his first three OHL seasons respectively before posting a team-leading 78 points in 60 games during his over-age campaign last year. Notably, Josling was also a key contributor for the Sting during the 2018 playoff run through which he had 6 goals and 8 assists in 12 games. In the end, Josling finished his memorable OHL career with 86 goals and 103 assists in 250 games, tying him for third amongst Sting alumni in games played and eleventh in goal scoring. 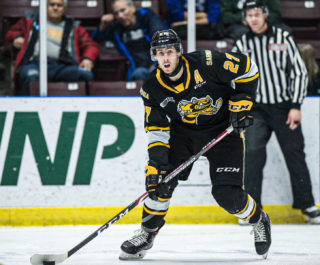 Beyond scoring, Josling also brought his significant leadership abilities to the Sting. While he did serve as an assistant captain in his final season, Josling is viewed by many as a champion of the Sting Way, as he demonstrated great respect for the process in pursuit of excellence.

“…the leadership part of [Josling’s story] is just the fact that he believed in himself. It’s a great message. He was a great teammate, he pushed, he worked hard in practice, he worked hard in the off-season and good things come to people who work hard, that’s the message that I think that is awesome to share.” adds Seca.

After graduating from the OHL last spring, Josling has taken his talents to Wheeling, West Virginia to kick start his professional hockey career with the Nailers of the ECHL. The Nailers inked Josling to his first professional hockey contract on November 12, 2020. Since the Nailers’ season began one month later on December 12, Josling has found success putting up 5 goals and 15 assists for 20 points in just 34 games. This has positioned him fourth on his team and seventh amongst ECHL rookies in scoring.

Josling was able to please his new supporters early in his professional hockey career by recording his first professional goal in just his second game with the club on December 18th. While this came in a 4-2 loss to the Orlando Solar Bears, Josling demonstrated excellent positioning and awareness as he capitalized on a dangerous rebound off of teammate and fellow rookie Lawton Courtnall’s shot with just 1:51 remaining in the game.

When considering what the future holds for Josling in his hockey career, Seca sees great potential in the Sting Alumni:

“I believe that he is still just scratching the surface, to be honest with you. He’s obviously signed a chance to play in the East Coast League, guaranteed he’ll make his way into the American Hockey League and he just has to believe in his skill sets. He’s an energetic player, a quick skater, he’s hard with the puck. I see him being someone who can kill penalties and we know he can score and eventually if he keeps working at it, he can maybe get himself in as a role player as an NHL player down the road.”