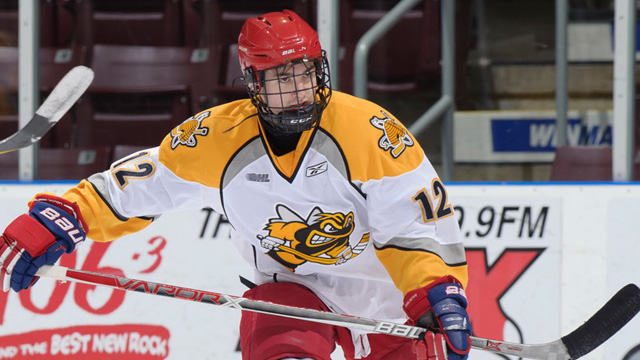 SARNIA, ON – General Manager, Nick Sinclair announced today that the Sarnia Sting Hockey Club has agreed to terms on a Standard Player Agreement and Education Package with 2017 third round pick, Justin McCombs. McCombs was selected 48th overall: the Sting’s second of three third round picks in 2017.

Due to injury, the left-shot centreman only appeared in 16 games for the Kitchener Jr. Rangers last season. In those 16 contests, the Rangers’ captain posted 7 goals and 14 assists for a total of 21 points. In 13 post-season games, McCombs would rack up 5 goals and 17 points.

Sinclair comments on today’s signing, “Justin is a skilled and crafty player that had many options on his plate. We are excited that he and his family have decided that the Ontario Hockey League and more specifically, the Sting organization, is the best route for his development as a player and as a student. We are excited to work with Justin going forward so that he can ultimately evolve into an everyday player in our league.” 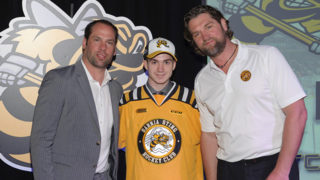