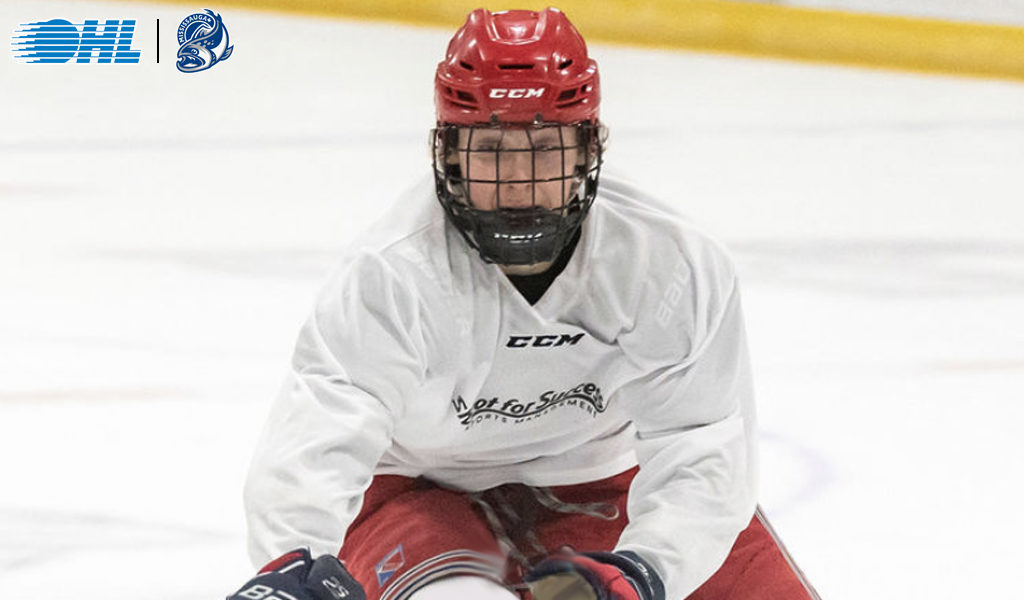 Schwindt had this to say about signing in Mississauga. “Super excited and grateful for the opportunity to sign with the Steelheads. Getting the chance to follow in my brother’s footsteps is a huge honour. I can’t wait to get started.”

Originally from Breslau, Ontario, Schwindt played out his 2019-20 season with the Kitchener Jr. Rangers U18, and registered 20 points (10 goals, 10 assists) in 35 games during the campaign. The 6’3”, 183 lbs forward is Mississauga’s third signing in as many weeks.

If Schwindt’s last name looks familiar, it should. Kai is the younger brother of the Steelheads 2017 fourth round pick in the OHL Priority Selection and Florida Panthers prospect Cole Schwindt.

Steelheads GM and Head Coach, James Richmond commented on today’s signing, “We are very pleased to announce the signing of Kai Schwindt. He plays the game hard every shift and will look really good in the blue and white. Kai has very similar attributes to his brother. He is a very strong 200’ forward, with a high hockey IQ and knows where to be in all three zones on the ice. We are excited to welcome a second Schwindt to the Steelheads family.”