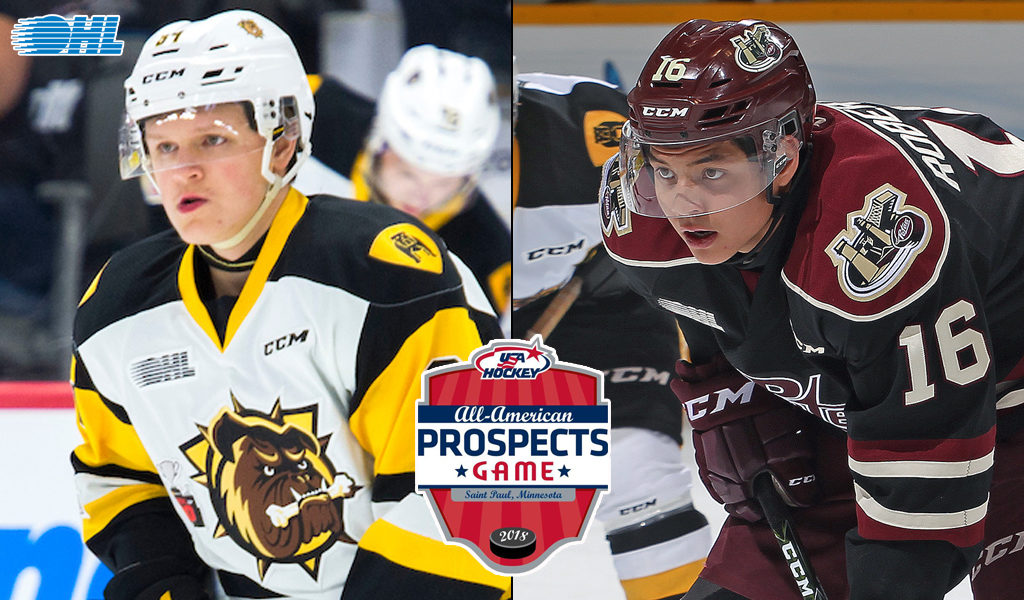 Among the 42 players are a pair of OHL forwards including Arthur Kaliyev of the Hamilton Bulldogs and Nick Robertson of the Peterborough Petes.

“We’re really excited to bring this event to Minnesota for the very first time,” said John Vanbiesbrouck, assistant executive director of hockey operations for USA Hockey. “Fans will have the unique opportunity to see the next generation of American players, including the potential top pick in the next NHL Draft as well as ten players from the state of Minnesota. Hockey in our country continues to grow and it’s great to be able to showcase our top players in an event like this.”

Each year the USA Hockey All-American Prospects Game assembles the top U.S. players who are eligible for the upcoming NHL Draft. Following last year’s game, 28 players who participated in the contest went on to be chosen in the 2018 NHL Draft, including Brady Tkachuk, the most valuable player in last year’s event who was the first American chosen when the Ottawa Senators selected him fourth overall.  Alec Regula of the London Knights, chosen in the third round by the Detroit Red Wings in June, was the lone OHL representative at the 2017 event.

Earlier this month, Kaliyev and Robertson were part of the U.S. Under-18 Men’s Select Team that finished fourth at the 2018 Hlinka Gretzky Cup in Edmonton and Red Deer.  Kaliyev, who hails from Staten Island, NY, was second in Team USA scoring with six points in five games including three goals and three assists after a 48-point OHL rookie campaign that included 31 goals in 68 games.  Robertson, from Northville, MI, tied for the Team USA lead in goals with four while adding one assist for five points in five games after producing 15 goals and 18 assists for 33 points in 62 games as an OHL rookie.