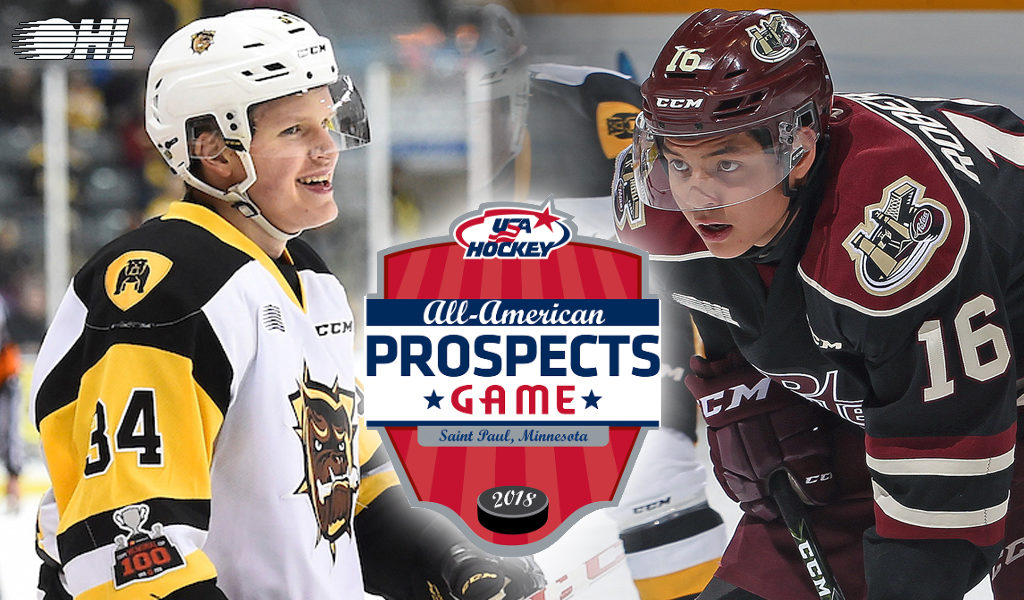 Kaliyev scored twice while Robertson chipped in with two assists as Team Langenbrunner, named after OHL graduate and long-time NHL forward Jamie Langenbrunner, topped Team Leopold by a score of 6-4 in comeback fashion.

Kaliyev opened the scoring 11:43 into the first period with Robertson collecting a secondary assist. He’d strike again with 6:11 left in the third frame to ignite a Team Langenbrunner comeback as Robertson picked up another assist.

Team Langenbrunner would overcome a 4-2 deficit, scoring three times inside the game’s final two minutes to claim victory before a crowd of 3,448 at the XCEL Energy Center.

The 17-year-old Kaliyev helped guide the Hamilton Bulldogs to an OHL Championship last spring after netting 31 goals during the regular season. He’s widely considered a top prospect for the 2019 NHL Draft.

Northville, Mich. native Robertson was a first round pick of the Peterborough Petes in the 2017 OHL Priority Selection and registered 33 points (15-18–33) in his rookie season. Robertson played a prominent role on the U.S. National Under-18 Team at the Hlinka Gretzky Cup this past summer, recording five points (4-1–5) in as many contests.