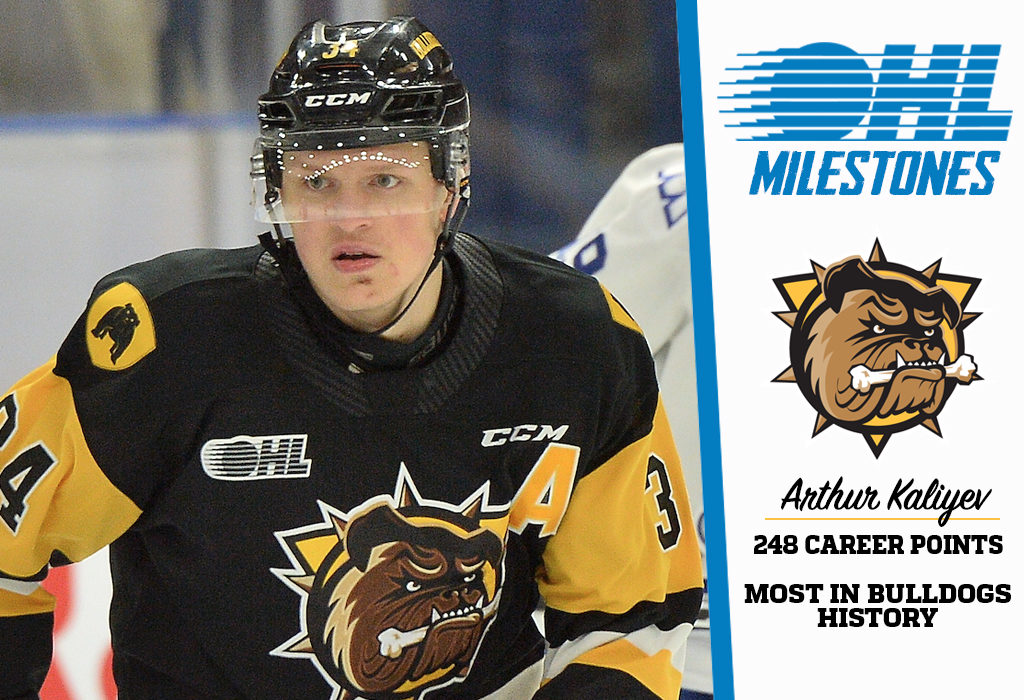 Arthur Kaliyev used his signature quick release to fire home his 44th goal of the season on Saturday afternoon and in doing so, became the Hamilton Bulldogs new all-time points leader.

Kaliyev, who became the club’s all-time leading goal scorer on February 1st, surpassed Matthew Strome with his 248th career point in a Bulldogs uniform on Saturday as they fell 8-6 to the visiting Saginaw Spirit.

Well executed forecheck leads to the @LAKings prospect’s 4️⃣4️⃣🚨 of the season and record-setting 248th point in a Bulldogs uniform. pic.twitter.com/w34r7DyUM7

An 18-year-old from Staten Island, NY, Kaliyev has 98 points (44-54–98) in his third season with the club after being selected by the Los Angeles Kings in the second round (33rd overall) of the NHL Draft last summer. The 6-foot-2, 190Ib. right-winger is fifth in OHL scoring and second in league shots on goal with 288.

Kaliyev won an OHL Championship with the Bulldogs as a rookie in 2017-18 after being the club’s second round (26th overall) pick from the Detroit Compuware U16 program. He proceeded to record the first 100-point season in Bulldogs history in 2018-19, recording 51 goals and 51 assists as a sophomore.