Kevin He commits to IceDogs 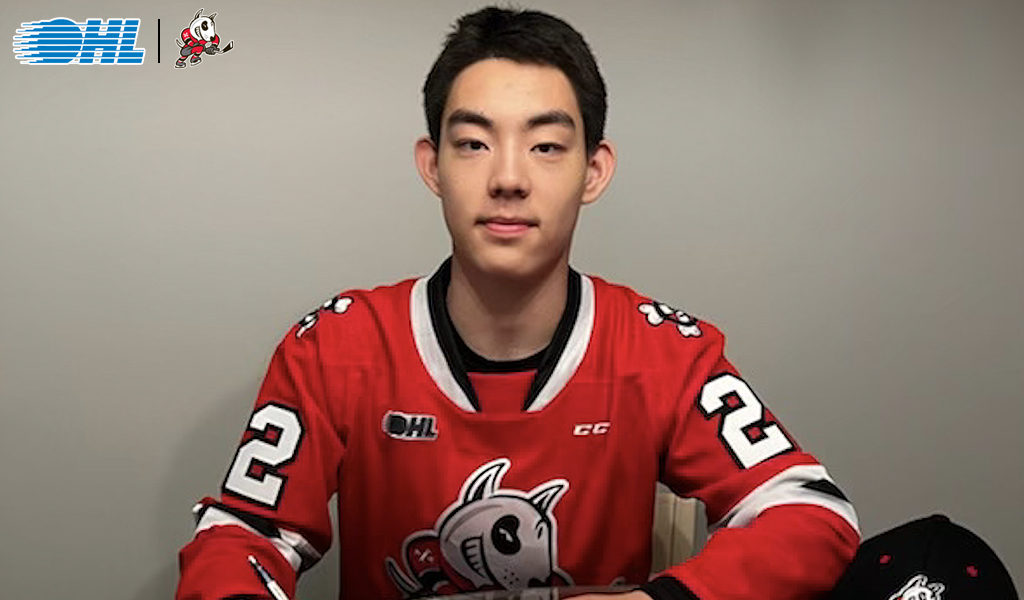 Niagara, ON – The Niagara IceDogs are proud to announce that 2022 OHL Priority Selection 2nd round pick (25th overall) Kevin He has signed a Standard Player Agreement, committing to the team.

The 6-foot-2 left-shot centre played the past season with the North York Rangers AAA program. In 16 regular-season games played in the 2021-22 season, the Toronto, Ontario local 15-year old scored 13 goals, and totalled 25 points, while playing his best hockey during the very important tournament schedule.

The IceDogs couldn’t be more thrilled to officially add Kevin to our program today. He is one of the players we targeted all season long for the first round, and had we been selecting a few picks later, would have been thrilled with him as a top-10 overall pick, so to be able to get him in the second and make it official really is a dream come true. Kevin is a player who had a lot of options available to him and we are thrilled he chose Niagara.

He is described as playing an OHL ready game right now and will become a fan favourite in years to come. With a lethal combination of speed and finishing, he should be able to adjust to the OHL pace very quickly and be an impact guy for years in Niagara. IceDogs fans should be very excited about the future.

When asked about the signing Kevin He said: “I couldn’t be more excited to sign and make it official with the IceDogs, it is an amazing organization and I can’t wait to get going and play in front of all the great fans in Niagara!”