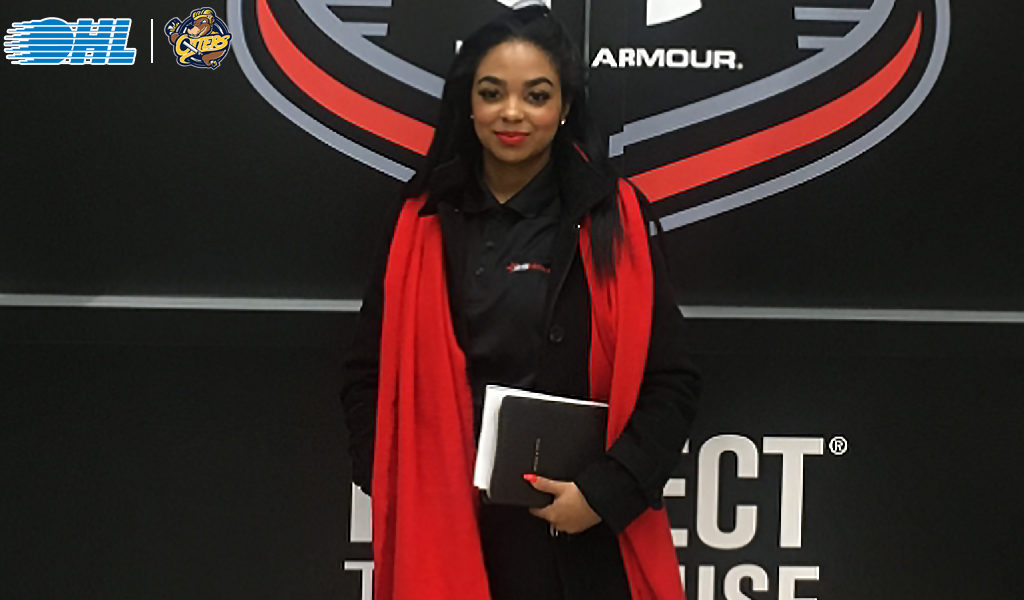 Working at the OHL level has always been the goal, but Kiana Scott didn’t think she’d be the first ever female scout in the league.

Over nearly two seasons working alongside the International Scouting Services Mentorship Program with eyes on Major Bantam AAA, Minor Midget AAA, Major Midget AAA, Junior C, and OJHL levels, Scott is on the lookout for talent at the next step of her scouting career.

“I love dynamic players,” she said.

She seeks out players with the ability to play all aspects of the ice, looking mostly for speed, skating and good hockey sense.

She also stresses the importance of character.

It’s her diligence and eye for talent, to quote Erie Otters General Manager Dave Brown, that landed her a job with the Otters organization as a bantam scout, and the league’s first ever female OHL scout.

“I’m thrilled to pave the way for other female scouts in the industry,” said Scott.

Growing up in Barrie, a city with a rich OHL history, the dream was to work with an OHL team. She admired OHL scouts.

And one day, she was scouted herself.

While working at a rink, Erie’s Assistant Director of Hockey Operations, Scott Grieve, introduced himself.

“[Scott] actually scouted me out at the arena one day,” she said.

“Every time they’d be at the arena they’d see me and they’d be like ‘who is this?’ and that’s kind of how everything started.”

Since announcing her involvement with the Otters last week on her personal social media accounts, Scott has received many congratulatory messages over the last couple days.

The messages are encouraging, especially since the road hasn’t necessarily been easy.

“I’ve kind of heard it all,” she said, recalling years of experience playing men’s hockey growing up and overcoming the seemingly inevitable trials that come with paving a path through a male-dominated industry.

“I’m young as well, so a lot of people not only didn’t take me seriously as a female, but as a young female,” she remembered.

While the road often felt long, there was support along the way. Scott credits Mark Seidel of North American Central Scouting as a guide and mentor.

“He reached out to me and always saw that I was at the rinks, and kind of mentored me and told me how to be successful in the industry.”

Excited to join the Otters organization, Scott is looking forward to the opportunity to learn from ‘the best of the best.’

“I’ve wanted to be with a well respected team and the Erie Otters are definitely that,” she said.

And while she may not have necessarily planned on being a trailblazer, Scott also hopes to inspire the same passion she had in other girls and women hoping to follow a similar path.

“I hope to inspire more to have this passion and know that it is possible to successful in this industry.”