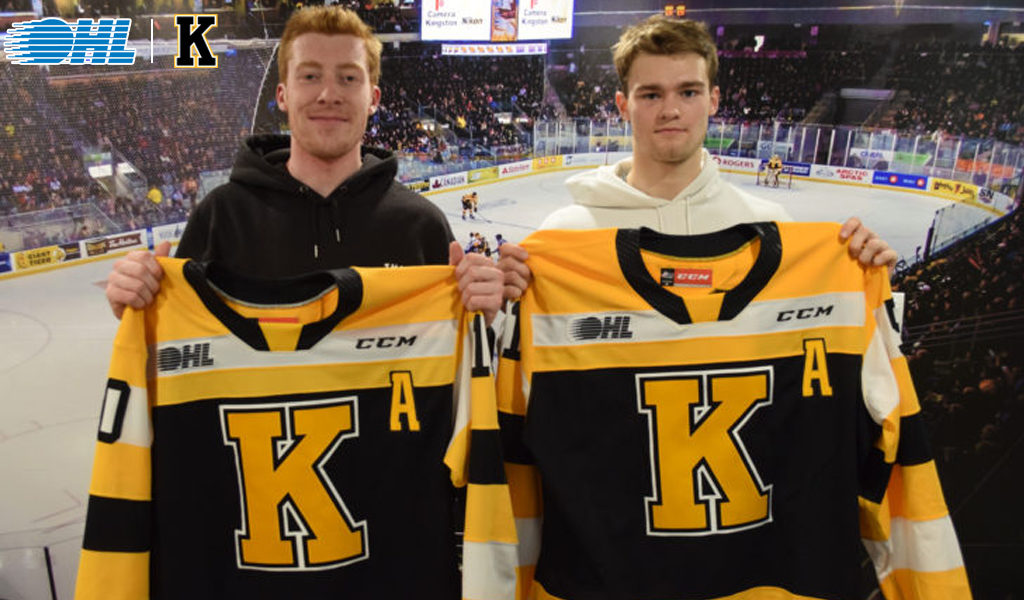 Kingston, Ont. – The Kingston Frontenacs have added to their 2019-20 leadership group.

Nick King and Shane Wright have been named assistant captains for the remainder of the season. They will join captain Jakob Brahaney and assistant Jake Murray.

“Since Nick has joined the Frontenacs, he has been a leader on the ice and in the locker room” said GM Darren Keily. “His experience has been important in a dressing room full of younger players.”

“Although Shane is a young player, he has earned the privilege of having a letter on his jersey,” continued Keily. “He has been a leader since joining the Frontenacs in September.”

“Both players are great kids, care about their teammates, and do things the correct way on and off the ice.”