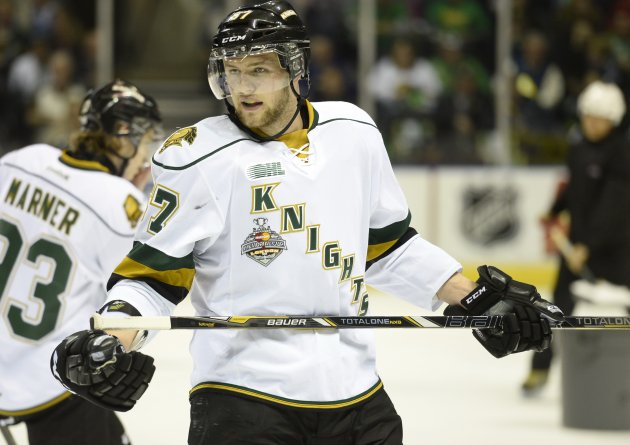 The Buffalo Sabres today announced that the team has signed defenseman Brady Austin to a three-year, entry-level contract.

A native of Peterborough, Ontario, Austin spent the 2013-14 season playing with the Belleville Bulls and the London Knights of the OHL, setting career highs in points (33), goals (9) and assists (24) through 67 games played. His career-high plus-51 rating during the 2013-14 regular season ranked sixth among all OHL skaters.

In addition to the Knights and Bulls, Austin also spent two seasons with the Erie Otters during his five-year career in the OHL. He has appeared in 322 career OHL games, registering 110 points (29+81) and 194 penalty minutes.

Austin was one of a modern record 48 OHL players selected in the 2012 NHL Draft in Pittsburgh.