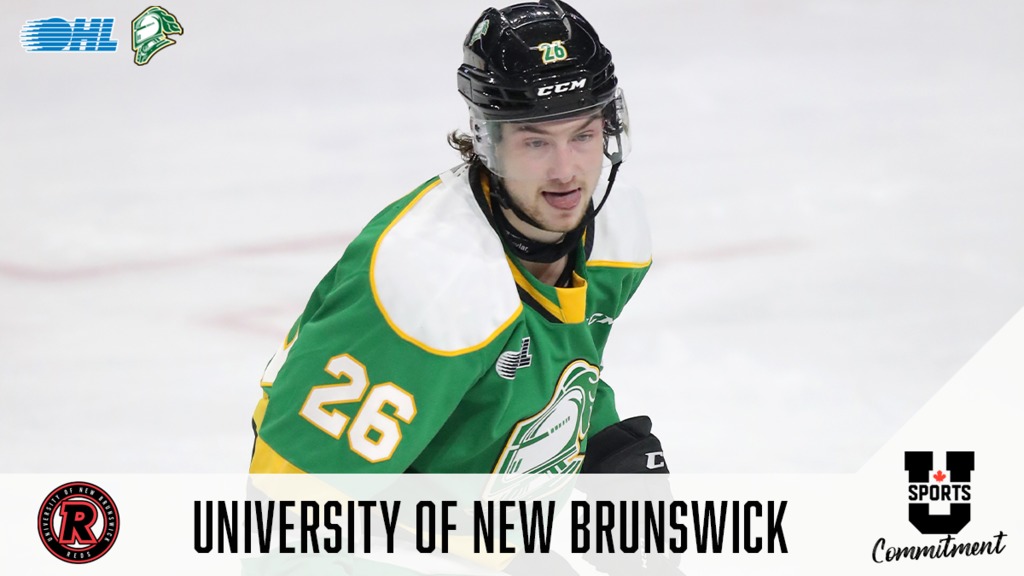 The UNB REDS men’s hockey team has named London Knights forward Camaryn Baber as a member of their recruiting class of 2022.

“Camaryn is a fierce competitor and knows what it takes to win games”, said associate coach Rob Hennigar.

“Camaryn is a player who knows how to play the game the right way and chip in all over the ice,” added Hennigar. “He wore the ‘C’ in Saginaw and is a respected veteran. London traded for him at the deadline to bring energy and leadership.”

Baber, 21, played three and a half seasons with the OHL’s Saginaw Spirit before being traded to the London Knights this past season. In 181 regular season games, Baber scored 35 goals and added 54 assists.

“What set UNB apart from other options was the culture and how important winning is,” said Baber. “The program’s success and their excitement for the future really got my attention.”

“I feel like I’ll contribute by winning faceoffs, helping out offensively and being most confident in the defensive zone.”

The five-foot-11, 190 lbs. centre will study Business while attending UNB.