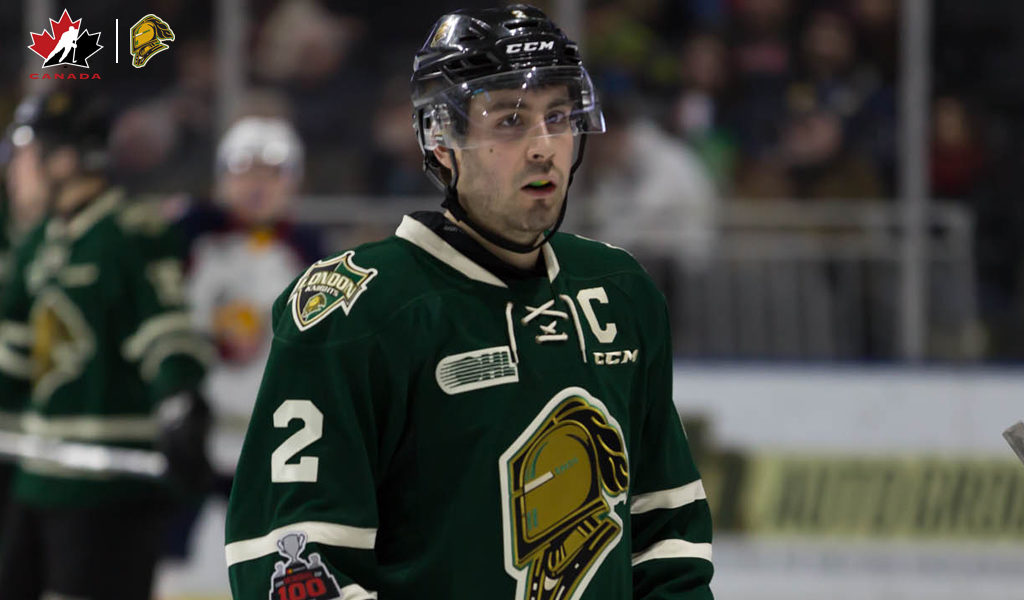 After recording seven points (2-5–7) over 10 games with the NHL’s Anaheim Ducks to start the season, Comtois returns to lead Canada’s title defence after putting up seven points (3-4–7) over his first five games in Drummondville. The 19-year-old from Longueuil, Que. registered six points (3-3–6) over seven contests in last year’s World Junior Championship.

Anderson-Dolan wears an ‘A’ following a five-game tour of duty with the NHL’s Los Angeles Kings to begin the campaign. After recording one assist there, the 19-year-old Calgary, Alta. native scored twice in his first two games with Spokane before suffering an injury that has sidelined him since October 27th. He scored 40 goals along with 51 assists for 91 points in 70 games with the Chiefs last season.

A 6-foot-2, 198Ib defenceman, Bouchard skated in seven games with the NHL’s Edmonton Oilers to begin the season, scoring once before returning to London where he has contributed with 18 points (5-13–18) over 13 games. The 19-year-old from Oakville, Ont. was Edmonton’s first round (10th overall) pick this past summer and registered 87 points (25-62–87) over 67 games with the Knights last season.

For full coverage of the 2019 World Juniors visit iihf.com as well as hockeycanada.ca.