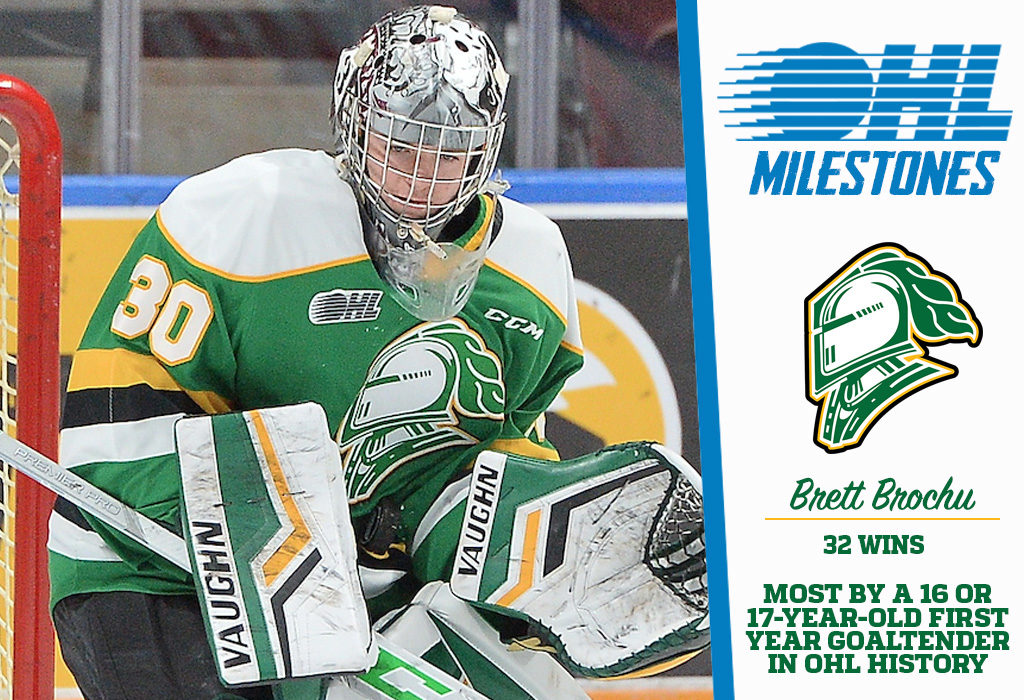 Brett Brochu stopped 24 of the 25 shots he faced on Sunday as the London Knights closed out the weekend with a 3-1 win over the Oshawa Generals on home ice.

With his 32nd win, Brochu stands alone with the most victories by a 16 or 17-year-old first-year goaltender in OHL history, surpassing the prior mark of 31 held by John Vanbiesbrouck (Sault Ste. Marie, 1980-81) and Andrew Loverock (Mississauga, 2006-07).

A remarkable rookie season for @BrettBrochu 👏 @LondonKnights netminder made #OHL history with his 32nd win of the season on Sunday.

Sunday’s win was Brochu’s ninth in a row, putting him into a tie for the league-lead on the season with Ottawa’s Cedrick Andree. The 17-year-old from Tilbury, Ont. is now 32-9-0-0 with a league-best 2.40 goals-against average to go with a .919 save percentage and two shutouts over 42 games.

Brochu, who is the reigning OHL Goaltender of the Month for both January and February, was originally London’s sixth round (114th overall) pick in the 2018 OHL Priority Selection from the Chatham-Kent Cyclones Minor Midgets.