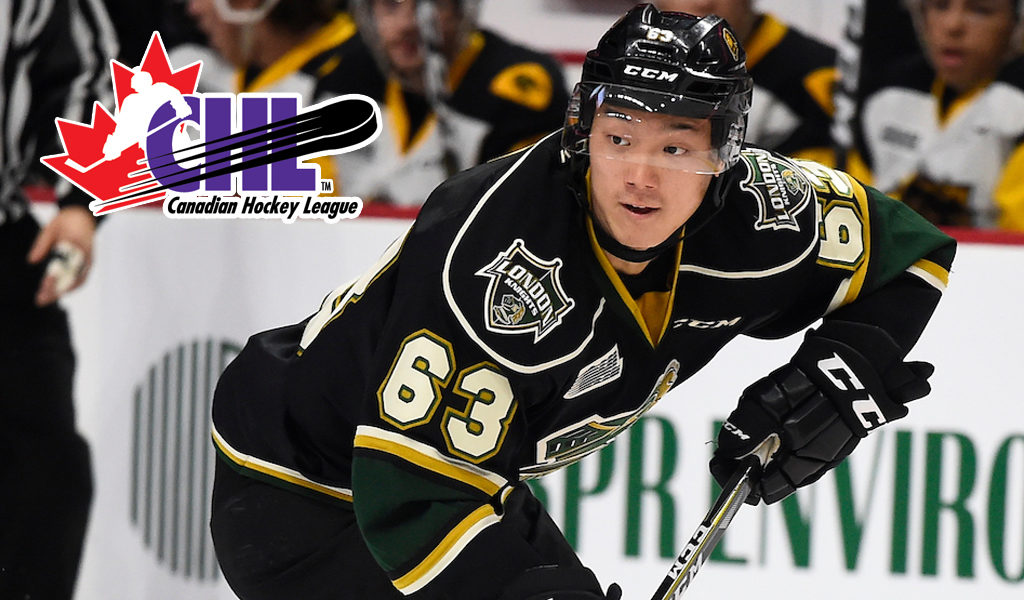 Toronto, ON – The Canadian Hockey League today announced that Buffalo Sabres prospect Cliff Pu of the London Knights is the CHL Player of the Week for the week ending November 19 after recording 12 points in four games including four goals and eight assists with a plus-minus rating of plus-6.

A 19-year-old from Richmond Hill, Ont., Pu is playing in his fourth OHL season after being a first round choice of the Oshawa Generals in the 2014 OHL Priority Selection.  He joined the Knights during his rookie campaign and helped the club to Robertson Cup and Mastercard Memorial Cup titles the following season.  He is currently tied for 15th in league scoring with nine goals and 18 assists for 27 points in 21 games following a 2016-17 campaign where he generated 86 points in 63 games.  The third round pick of the Sabres in the 2016 NHL Draft was recently signed to an entry-level contract and represented Team OHL in the 2017 CIBC Canada Russia Series.

Also considered for the award this week was Jayden Halbgewachs of the Moose Jaw Warriors who scored six goals and five assists for 11 points in four games, and defenceman Olivier Galipeau of the Chicoutimi Sagueneens who scored three goals and two assists for five points in three games.