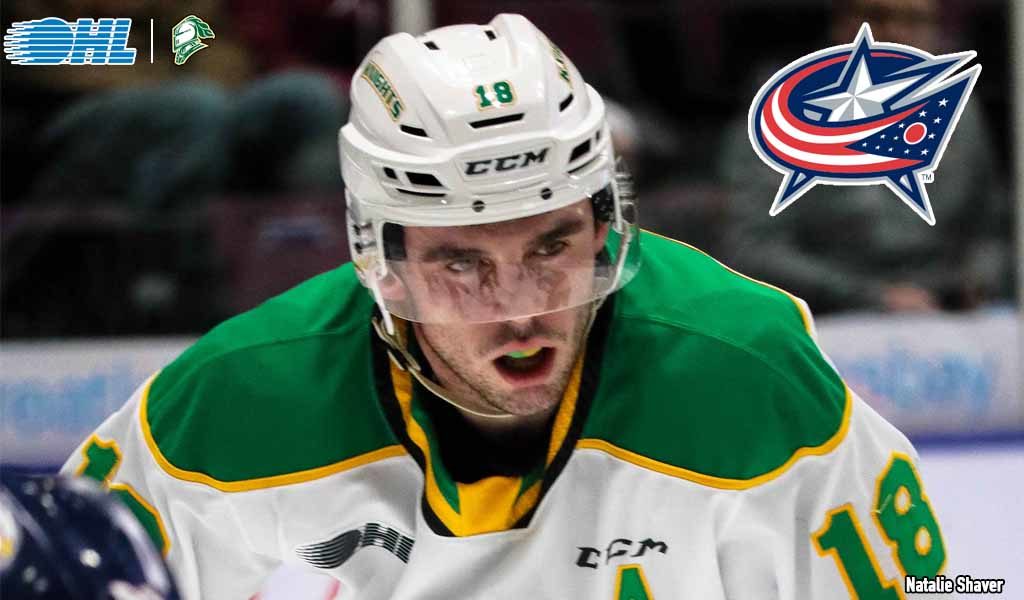 The Columbus Blue Jackets announced Sunday that they’ve recalled London Knights forward Liam Foudy on an emergency basis. The 20-year-old made his NHL debut against the Tampa Bay Lightning on Monday, recording two shots on goal over 10:23 of ice time in an overtime loss.

Foudy was selected by the Blue Jackets in the first round, 18th overall, in the 2018 NHL Draft. The 6-2, 182-pound forward has tallied 20-23-43, 18 penalty minutes and is +30 in 32 games with the Knights this season, serving as one of the club’s co-captains. In 217 career OHL games, he has racked up 89-77-166, 91 penalty minutes and a cumulative +68 plus/minus rating since 2016. A native of Scarborough, Ont., he has represented Canada at several international competitions, including this year’s IIHF World Junior Championship, where he picked up 3-1-4 in seven games and helped Canada capture the gold medal.

It’s not the first time an OHL player has been called up to the NHL mid-season. Ottawa 67’s netminder Michael DiPietro made his NHL debut with the Vancouver Canucks last February after being called-up on an emergency basis.