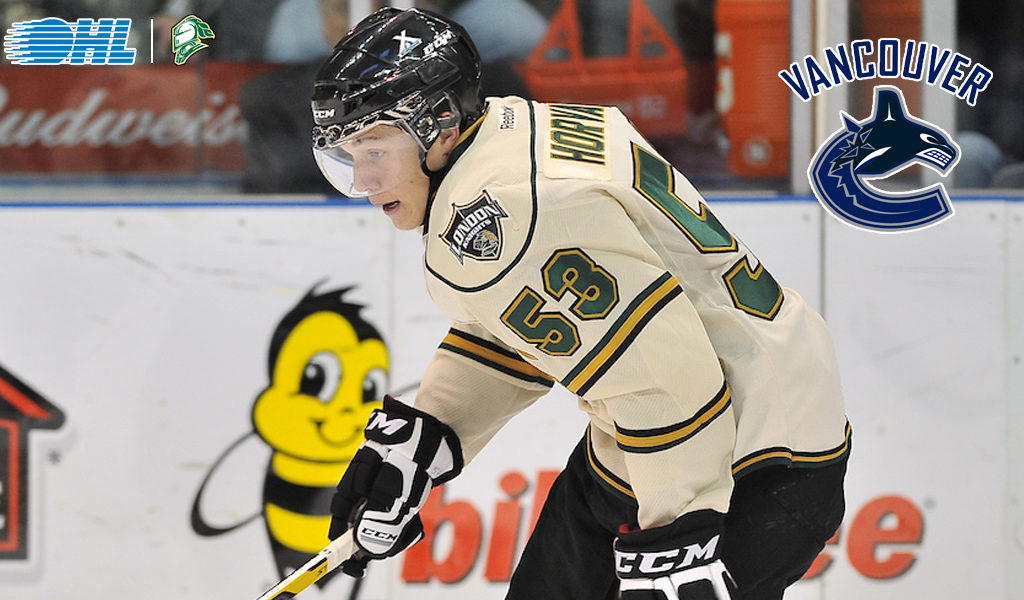 The Vancouver Canucks announced prior to their home opener on Wednesday that London Knights graduate Bo Horvat will serve as the 14th captain in franchise history.

The 24-year-old native of Rodney, Ont. has embarked on his sixth NHL season after originally being the ninth overall pick of the 2013 NHL Draft by the Canucks.

Allow us to reintroduce @BoHorvat, the 14th captain of the Vancouver #Canucks! pic.twitter.com/ibpa7JyFF5

Horvat enjoyed a highly successful OHL career in London from 2011-14, winning back-to-back OHL Championships while receiving the Wayne Gretzky ’99’ Award as MVP of the 2013 OHL Playoffs. He scored one of the biggest goals in recent OHL history, giving the Knights their second straight title with one second left in Game 7 of the 2013 OHL Championship Series against Barrie.

“Honestly I was kind of getting emotional on the ice a little bit,” said Horvat following Vancouver’s commanding 8-2 win over the Los Angeles Kings. “Even in warmups, you hear people chanting your name.

“I had butterflies in my stomach. I was nervous obviously. It’s a huge moment and a huge opportunity. I got more comfortable as the game went on. I started making more plays and getting back to being myself. But (at the start) you’re pumped so full of adrenalin, your heart is going a million miles an hour. You just want to have a great game on this night. What a way to start.”

Rogers Arena at CAPacity.
The moment CAPtured.
It was CAPtivating.@BoHorvat is now CAPTAIN! pic.twitter.com/wtwQiDiOdL

Horvat was named captain back on October 1st in a team meeting, but as part of the Canucks 50th anniversary season, the news was saved for Wednesday.

For more on the announcement, visit nhl.com/canucks.

Congrats to the 14th captain in @Canucks history, @BoHorvat!

And just so you know, Mom and Dad are loving it. 💙 pic.twitter.com/YhPdQnZJrr