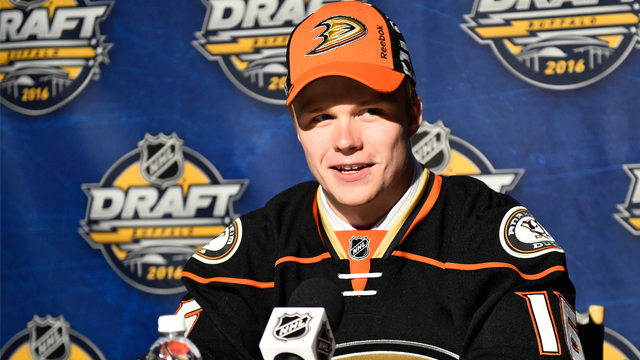 ANAHEIM, CA – The Ducks have signed left wing Max Jones to a three-year entry-level contract. Per club policy, no financial terms of the deal were disclosed.

Honored to sign my first NHL contract with the @AnaheimDucks! Thank you to everyone for the support! #Ducks pic.twitter.com/sqKSCEKead