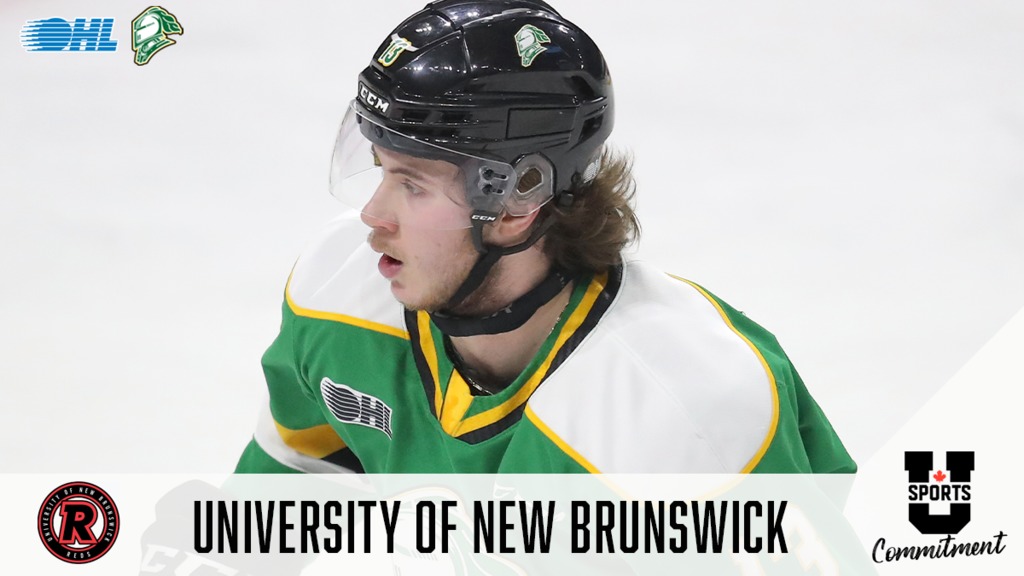 The UNB REDS men’s hockey team has named London Knights forward Cody Morgan as a member of their recruiting class of 2022.

“Cody is a gifted offensive player that makes plays and contributes on the score sheet, and Mike is a dynamic player who can change the game with his speed and work ethic”, said REDS associate coach Rob Hennigar.

“Cody can make plays and find his teammates or he uses his shot to beat goalies from almost anywhere in the offensive zone,” added Hennigar. “We’re excited to get Cody into our system and make him an integral part of our future success.”

Morgan, from Maple, ON, played in 257 regular season games for Kingston, Windsor, Flint and London during a four-season OHL career, scoring 70 goals and 119 assists. He recorded career-best numbers in 2021-22, scoring 30 goals and 41 assists for the Knights.

“I hate losing and UNB hates to lose as well,” said Morgan. “I love how they push their players to get better, not only as hockey players, but as people and as students.”

“I’m a highly offensive player who creates a lot of chances for my teammates and me. “I’ll bring skill and a good 200-foot game”, added the six-foot, 186 lbs. forward.

Morgan plans to study Business while attending the University of New brunswick.