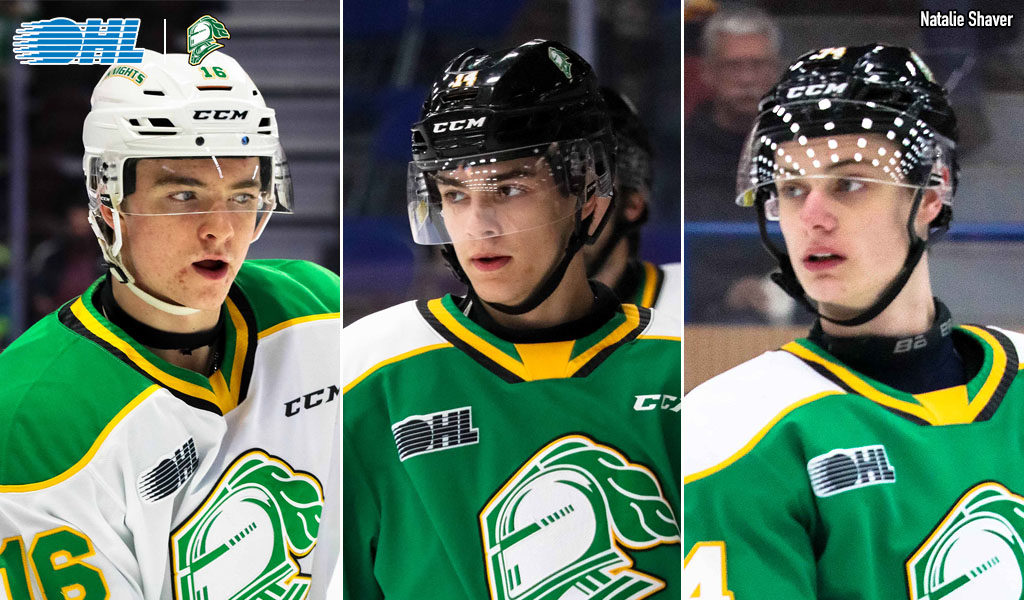 London, ON – The London Knights announced ahead of their home opener on Friday that Nashville Predators prospect Luke Evangelista will serve as the club’s captain for the 2021-22 season. Joining him in the leadership group are alternate captains Ben Roger and Sean McGurn.

A 19-year-old from Oakville, Ont., Evangelista enters his third season with the Knights, coming off a 61-point (23-38–61) campaign in 2019-20. The 6-foot, 171Ib. left-winger was chosen by the Knights in the first round (14th overall) of the 2018 OHL Priority Selection from the Oakville Rangers U16 program. After not scoring in his rookie campaign, Evangelista emerged as a point-per-game producer in his sophomore season, being drafted in the second round (42nd overall) by the Nashville Predators the following summer.

Nineteen-year-old winger Sean McGurn rounds out the Knights’ leadership group. The former third round (58th overall) pick in the 2018 OHL Priority Selection enjoyed a productive pre-season, posting six points (3-3–6) over four contests. McGurn, of Ottawa, Ont., posted three points (1-2–3) in his first OHL season back in 2019-20. He enjoyed a productive 16-year-old campaign as a member of the St. Thomas Stars Jr. B club, recording 38 points (13-25–38) over 40 games to be named to the GOJHL’s Western Rookie All-Star Team. McGurn scored the shootout winner in London’s 3-2 opening night win over visiting Owen Sound.

The Knights return to the ice tonight in Owen Sound, taking on the Attack in the back-end of a home-and-home at 7:30pm.