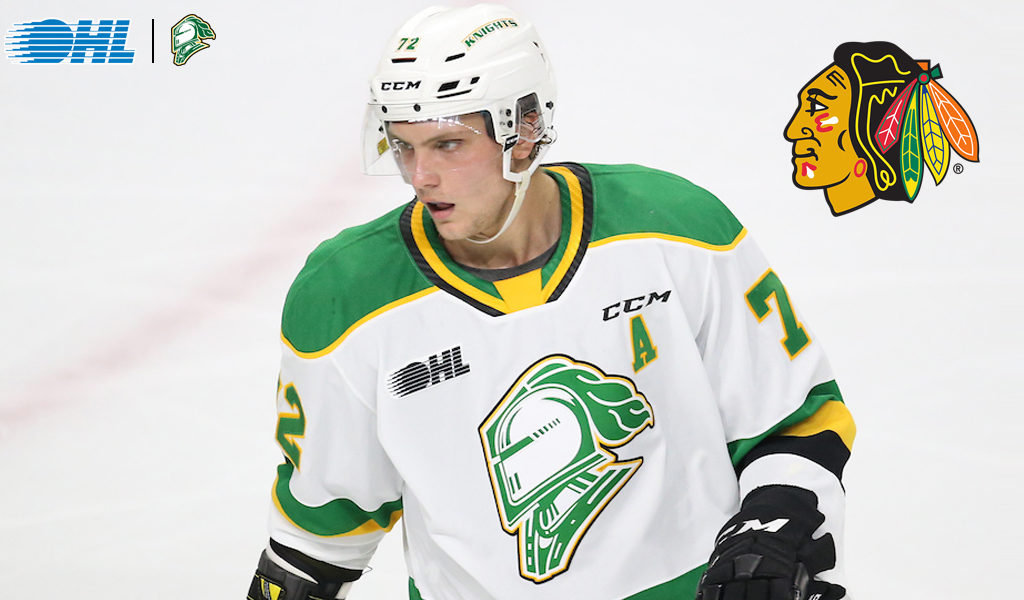 Chicago, Ill. – The Chicago Blackhawks announced today that they have agreed to terms with defenseman Alec Regula on a three-year contract that runs through the 2021-22 season.

Regula was acquired by the Blackhawks on Oct. 28 from the Detroit Red Wings in exchange for forward Brendan Perlini. The 19-year-old is a co-captain for the London Knights and has 15 points (7G, 8A) in 14 games this season. His 15 points are 10th among Ontario Hockey League defenseman. Regula notched OHL career highs in goals (11), assists (28) and points (39) in 66 regular-season games for the Knights during the 2018-19 campaign. He added two markers and four assists in 11 postseason games. That season he was teammates with Blackhawks 2018 first-round pick, Adam Boqvist.

A native of West Bloomfield Township, Michigan, Regula was named to the 2017-18 OHL First All-Rookie Team after tallying seven goals and 18 helpers in a career-high 67 regular-season games, while also skating in four OHL playoff games. He helped the Chicago Steel capture the 2017 Clark Cup after registering five points (1G, 4A) in 53 regular-season games and one assist in five USHL postseason contests.