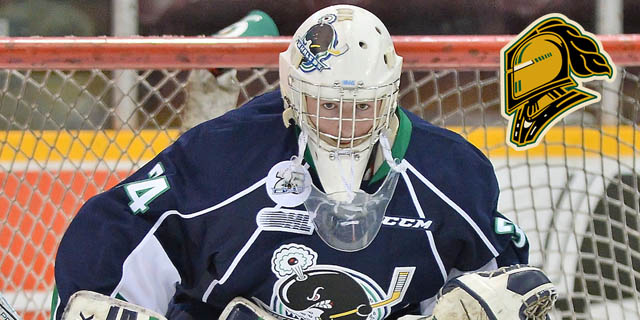 LONDON, ON – London Knights General Manager, Rob Simpson, is proud to announce the signing of goaltender, Tyler Johnson to an Ontario Hockey League Standard Player’s Agreement.  Johnson comes to the Knights as an OHL free agent.

Johnson was originally selected by the Plymouth Whalers in the 7th round of the 2014 OHL Priority Selection, 127th overall.  The 6’3”, 185 pound goaltender played his 2015-2016 season for the Topeka RoadRunners of the North American Hockey League (NAHL).  Johnson led the RoadRunners to a 34-24-2 record during the 2015-2016 NAHL regular season.

Johnson will wear number 34 for London next season.