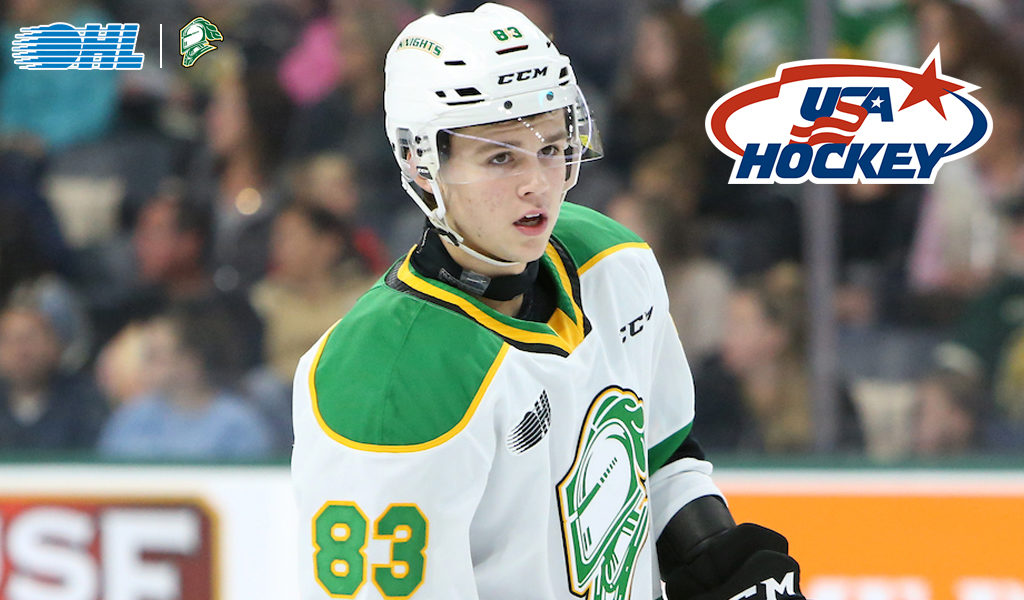 USA Hockey announced Sunday the addition of three players to its preliminary roster ahead of World Junior Selection Camp taking place at USA Hockey Arena in Plymouth, Michigan this week.

London Knights defenceman Hunter Skinner joins Logan Stein and Alex Vlasic in being named to the 29-man preliminary squad, one that will be narrowed down to 25 names by December 13th in preparation for the 2021 IIHF World Junior Hockey Championship getting underway on December 25th in Edmonton, Alta.

A fourth round pick of the New York Rangers in the 2019 NHL Draft, Skinner recorded 32 points (6-26–32) over 62 games in his first OHL season, posting a plus-22 plus/minus rating along with 132 shots on goal. The 19-year-old from Pinckney, Mich. was London’s fifth round pick in the 2017 OHL Priority Selection.