Knights to honour Patrick Kane with jersey retirement on Friday 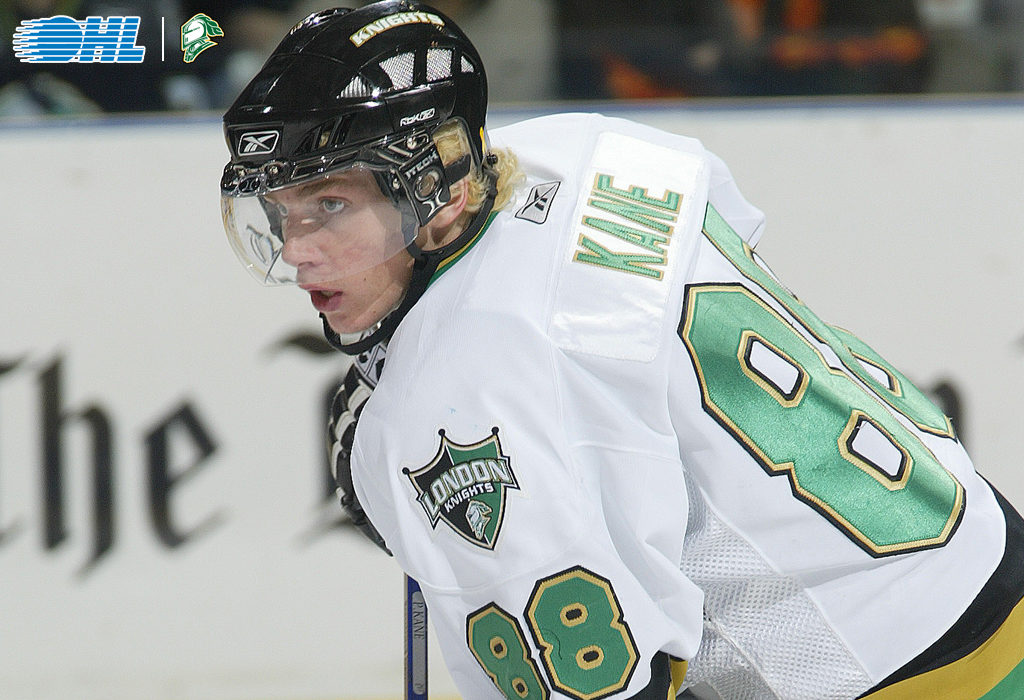 London, Ont. – On Friday, January 17th, 2020, the London Knights will be retiring Patrick Kane’s number 88 during a special pre-game ceremony prior to their game against the Sudbury Wolves. Kane’s 88 will be the ninth number retired by the organization, and the first since David Bolland’s number 91 was retired in 2014.

Kane joined the Knights for the 2006-2007 OHL season after being selected in the fifth round, 88th overall, by the London Knights during the 2004 OHL Priority Selection. The native of Buffalo, New York, spent one season with the team, amassing a multitude of accolades during his time in London. Most notably, Kane was named the CHL Rookie of the Year and CHL Top Scorer after collecting 62 goals and 83 assists for 145 points during the 2006-2007 season.

Kane was drafted by the Chicago Blackhawks, first overall, in the 2007 NHL Entry Draft. After making the Blackhawks as an 18-year old, Kane has gone on to have a very successful NHL career. Kane is a 3-time Stanley Cup champion and has received numerous individual awards including the Calder Memorial Trophy as the NHL Rookie of the Year and the Hart Trophy as NHL MVP.