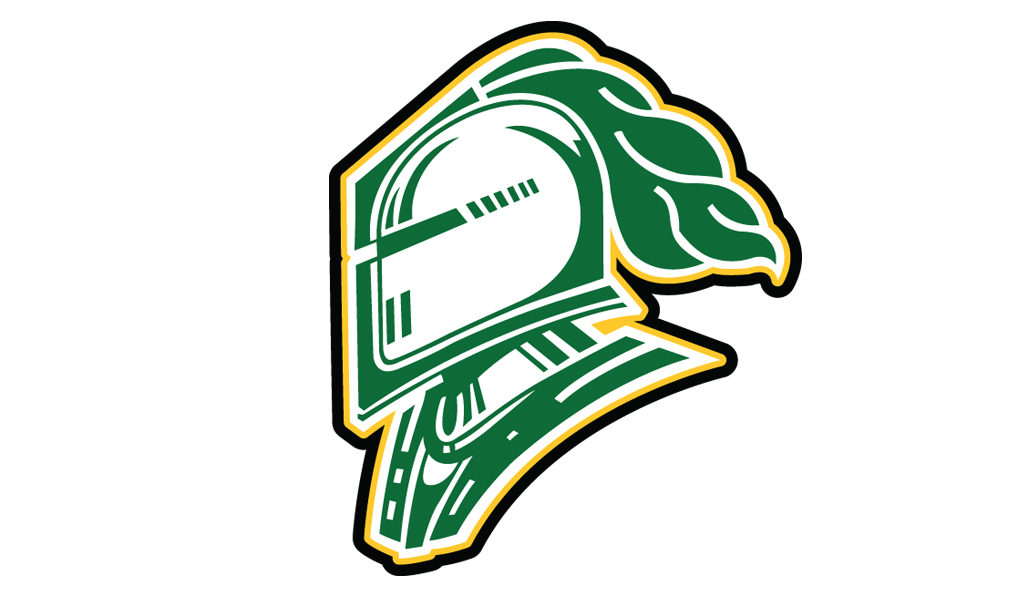 London, ON – As the London Knights prepare to begin the 2019-2020 season, the franchise has unveiled a new logo that will represent the future and acknowledge the past in the team’s storied history.  In this new representation of the organization, the iconic London Knight helmet was inspired by previous iterations of London Knights logos.  This specifically includes the 2002-2008 era logo, originally launched when Dale Hunter, Mark Hunter, and Basil McRae became owners of the team.

“To be able to represent many of the previous achievements that this franchise has accomplished, while being able to look forward to the future was incredibly important to us,” said London Knights Owner, Vice-President, and General Manager, Mark Hunter, when discussing the inspiration for the new logo.  “To be able to extend the legacy of the amazing young men who have played and lived in London is a continuing priority of ours.  In looking to develop the new generation of London Knights, this new logo will serve as a reminder of the hard work, passion, and dedication it means to be a London Knight, as represented by our alumni, both in hockey, and in life.”

As we celebrate the past and look forward to the future, we will play under a new shield. This is a #NewKnight. pic.twitter.com/8LfWYBwKS7

This new logo will be the 10th in team history, including the change from the London Nationals to the London Knights in the 1968-1969 season.

“Having the 2005 Memorial Cup Champions named as the Team of the Century, and being able to celebrate that accomplishment last season was another major inspiration for the design of this new logo,” continued Hunter.  “We look forward to the challenge of being able to reconjure the magic that was felt throughout London in that season.  This logo will be the first step in looking to reach that pinnacle in Canadian Hockey League history once again.”

alumni U Sports
U SPORTS Report: OHL grads atop the leaderboards
9 hours ago