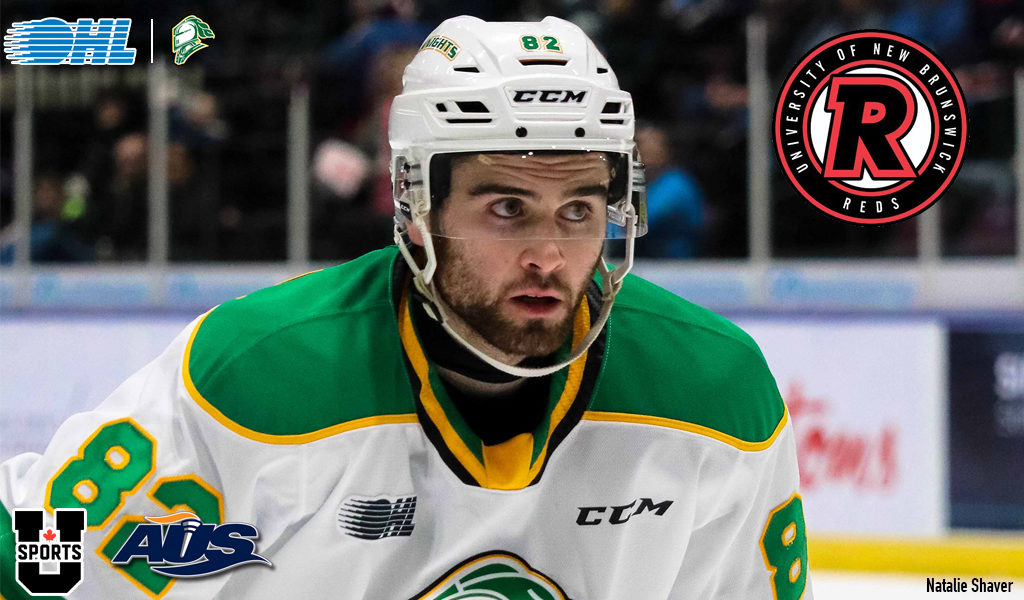 The Kitchener native didn’t miss a single game over his four-year OHL career and put up 181 points (82-99—181) in 264 appearances with the Barrie Colts and the Knights. A third round pick of the Colts in the 2015 OHL Priority Selection, Willms suited up for three and a half seasons in Barrie before being dealt to London at the deadline to finish out his overage year. A testament to his physical presence and efficiency in the faceoff circle, he was named the Colts’ 20th captain in franchise history midway through his third season.

In a statement released by the Reds, Willms, 21, described himself as a player “who is strong on faceoffs” and “takes care of the defensive zone first, but can chip in offensively.”

Having heard positive things about the school and its program from former Colts teammate and current Reds forward Ben Hawerchuk, Willms decided UNB was a good fit both hockey-wise and academically.

“Jason will bring a fiercely competitive mindset and work ethic to our program,” MacDougall said in a release from UNB. “He’s durable, has elite faceoff skills, and the ability to score clutch goals for his team. As captain in Barrie, he was among the team’s leaders. We heard great things about his character, leadership, and compete-level from various OHL coaches.

Focused on earning a degree above all, Willms will be studying Business at UNB. He will join newly committed Austen Keating, an Ottawa 67’s graduate and close friend of Willms, in helping the Reds defend their championship title.