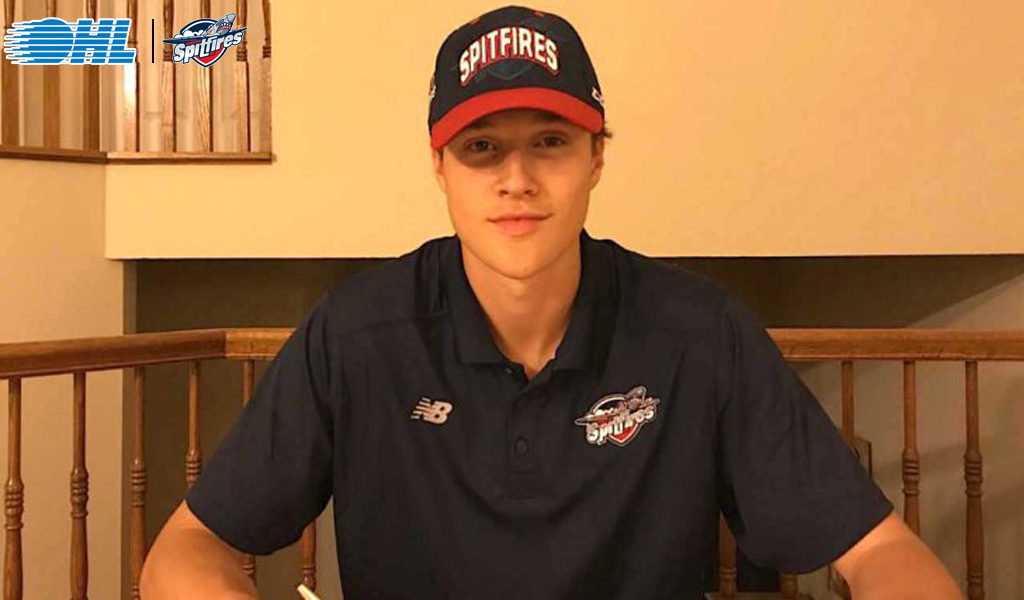 (Windsor, ON) – Forward Kyle McDonald has committed to the Windsor Spitfires Hockey Club, agreeing to terms on a Standard OHL Player and Education Package with General Manager Warren Rychel.

The Ottawa native had a big 2017-18 season with the hometown Jr Senators Midget AAA club, scoring 25 goals and adding 21 assists along with 50 penalty minutes in 40 games.

Rychel says McDonald is a big (6’4, 181) prototypical power forward that has a bright future ahead in the league.

“He plays a two-way game and has an excellent shot,” Rychel said. “We’re looking forward to him contributing to our lineup in the near future. He’s an exciting player and is going to score some goals.”

McDonald will be at training camp, which, as usual, will begin in late August. Firm dates and a schedule will be announced later in the summer.