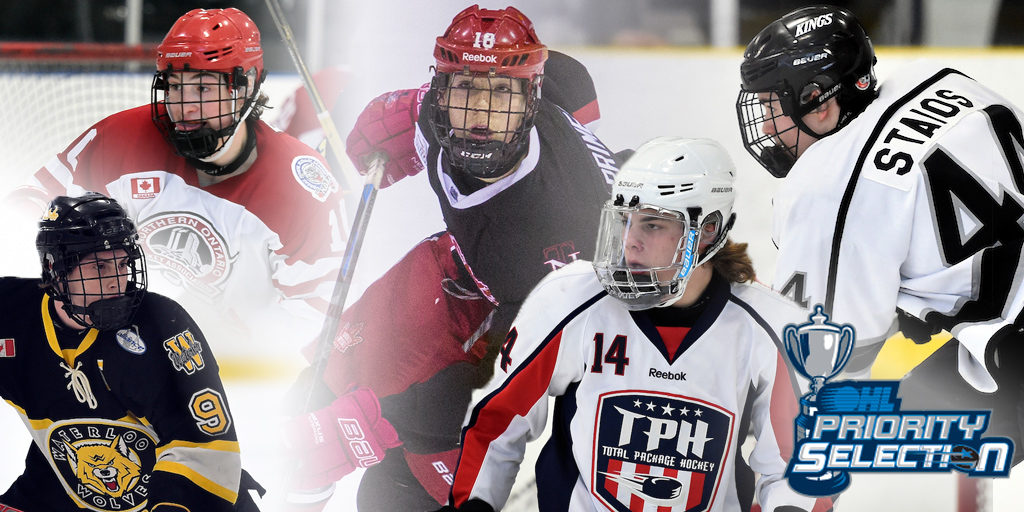 The hockey world is a small world.

Another generation of draft eligible talent is knocking on the door, many with fathers who made significant impacts in the Ontario Hockey League as players in ages past and some who are still a presence in the league today.

Bloodlines run deep in the 2017 OHL Priority Selection, with no shortage of family connections for players eligible for Saturday’s event.

Here’s a look at a few of those father-son connections:

The 2017 GNML Rookie of the Year and NOHA Player of the Year, Camaryn Baber turned heads in the north as the captain of the Soo Greyhounds Midgets. A gifted goal-scorer who plays the game hard, Baber is a player that a lot of teams undoubtedly covet headed into Saturday’s Priority Selection.

Though father Steve was a rugged defenceman taken 21st overall by the Toronto Maple Leafs in 1989, Dalton Bancroft plays a well-rounded offensive game on the wing for the 2017 OMHA Bronze Medalist Quinte Red Devils. The 6-foot, 170Ib. right-shot is on the radar of OHL clubs.

Sound positionally and square to the shooter, Jackson Bernard had a strong campaign for the Chicago Mission this past season. The son of a former OHL goaltender, Bernard plays a very composed game and has shown a great deal of potential as his game has developed this past season. At 5-foot-9 he isn’t the biggest goaltender out there, but his sound technical game makes him one to keep an eye on in the years to come.

Todd Bertuzzi was the first ever draft pick by the Guelph Storm prior to their inaugural season in 1991. With Guelph set to pick second on Saturday, there’s a strong possibility that son Tag, a player with many similar traits to his father, could be the next one. A big, versatile power forward with soft hands and a physical dimension, Bertuzzi’s heavy shot could be coming to an OHL rink near you.

A big winger, Austin Brimmer was part of the GTHL Champion Mississauga Rebels this past season. At 6-foot-1 with a good stride, Brimmer should attract attention from OHL clubs after his 25-goal campaign.

A 6-foot-1, 170Ib. winger with a scoring touch, Cole Craft is an intriguing prospect out of the Great North Midget League who helped his North Bay Trappers reach the league final this season before moving on to win Bronze at the OHF Midget Championships. Craft was impressive at the 2017 OHL Cup Powered by Under Armour, guiding them to an undefeated finish with three goals, two assists and five points in four games.

The son of a prolific Owen Sound Platers scorer, Mason Goldie is a 6-foot centreman who played for a Huron-Perth team that struggled through parts of the 2016-17 season. Goldie has a projectable frame and plays the game physically. Wes Goldie remains the Owen Sound Attack franchise record holder for most goals in a single-game, a record set January 6, 1999 when he scored five times against the Toronto St. Michael’s Majors.

A committed two-way forward who served as captain of the Brampton 45’s this season, Brayden Guy plays a heavy game down low, controlling the puck off the cycle. Guy helped the 45’s reach the 2017 OHL Cup Powered by Under Armour this season, putting up three points (2-1–3) over four contests.

A 6-foot 179Ib. left-shot, Ayden is the son of Owen Sound Attack assistant coach Alan Letang who played four OHL seasons before a lengthy pro career spent largely in Europe. Alan Letang was an eighth round pick of the Montreal Canadiens in 1993.

Luke Pearson helped backstop the Whitby Wildcats to an OMHA Gold Medal and an appearance in the 2017 OHL Cup Powered by Under Armour Quarter-Final. The 6-foot netminder posted 10 shutouts and a 0.61 goals-against average on a Wildcats team that overpowered much of the competition in the OMHA’s ETA circuit this season.

6-foot, 195Ib. defenceman Andrew Perrott of the Detroit Honeybaked 16U program follows in the footsteps of father Nathan Perrott, a rugged winger originally from Owen Sound, Ont. who put up 30 goals with Oshawa in 1996. Perrott plays a solid two-way game on the back end.

At 6-foot-4, big two-way centreman Mason Primeau brings an intriguing package of size and intelligence to this weekend’s proceedings. Blessed with his dad’s big frame, Primeau possesses a good stride to get him around the ice. Though he missed the 2017 OHL Cup Powered by Under Armour to injury, Mason, who is also the nephew of former star Keith Primeau, looks to carry on the family tradition of producing big, strong power forwards for the NHL.

Though limited to an abbreviated season due to injury, Nathan Staios has earned the label of being a “gamer” with his intense, competitive approach to every shift. Not a big defenceman, Staios makes up for his modest size with a big heart and shows a willingness to get in front of shots and be a committed presence on both sides of the puck. There’s a lot of offensive upside to his game as well, something dad Steve, who is now the general manager of the Hamilton Bulldogs, displayed during his OHL days before becoming one of the NHL’s most respected two-way blueliners.

A smooth-skating defenceman for Quinte, Cameron Supryka logged big minutes for the Red Devils in all situations this season. Father Jason Supryka was drafted to the OHL and has served as an assistant coach with both the Belleville Bulls and the Kingston Frontenacs, where he currently coaches alongside Paul McFarland.

A highly touted defenceman from the North Bay Trappers Midgets, Payton Vescio helped his club reach the GNML Championship this year before falling to the Sudbury Nickel Capital Wolves in seven games. Vescio was part of Team NOHA’s undefeated showing at the 2017 OHL Cup Powered by Under Armour, recording a pair of assists in four games. With a smooth stride and a growing 6-foot-1 frame, Vescio follows in the footsteps of father Kevin who patrolled the blue line with the North Bay Centennials for four seasons.

The captain of the ALLIANCE Finalist Waterloo Wolves, Keean Washkurak has drawn praise for his complete game, one that includes hard work in all three zones. Not a big player at 5-foot-9.5, Washkurak sees the ice very well and makes responsible decisions with and without the puck. He’s a name to keep an eye on through the opening rounds on Saturday.

Know of a father-son connection we haven’t included? Send an email to jsweetland@chl.ca and we’ll have it added. 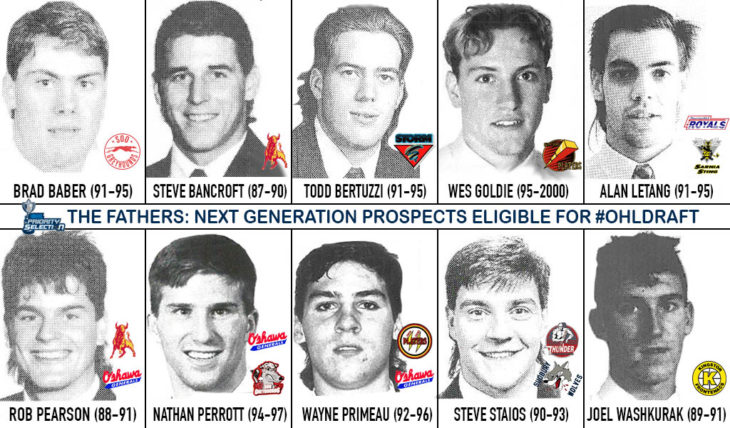