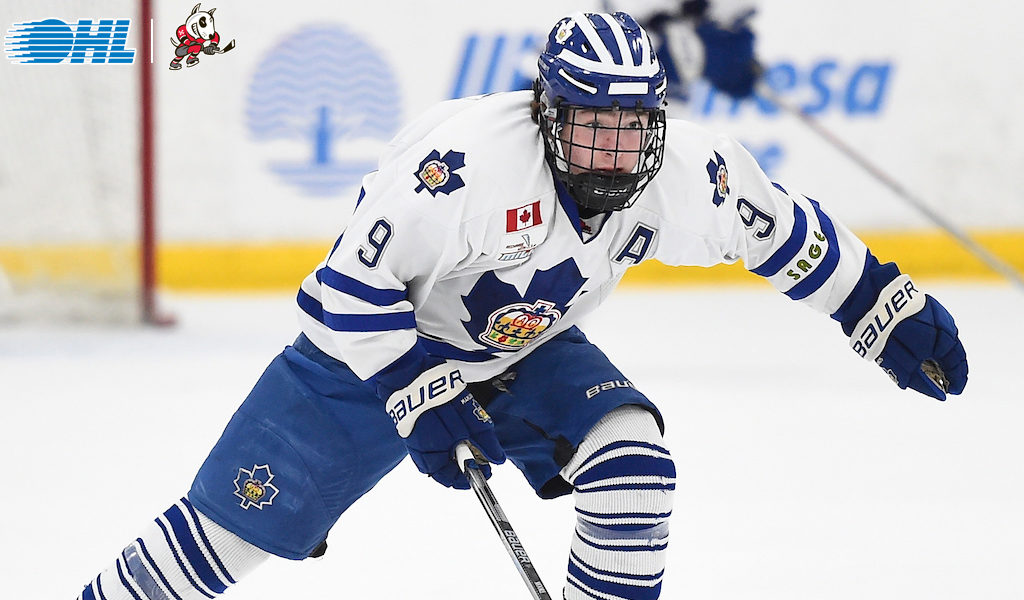 St. Catharines, ON – Niagara IceDogs General Manager Joey Burke is thrilled to announce that 2018 First Round Selection Lleyton Moore has signed with the team. The defenceman, selected in the first round, 12th overall by the IceDogs has committed to the club by signing his Standard Player Agreement.

“This is a game changer for us in Niagara. Lleyton is a rare, special talent who is going to immediately turn heads around this league. He has a skill set that does not come along too often, and we are absolutely thrilled to be adding Lleyton to the IceDogs family. He is a proven winner who is the complete package, not only on the ice but off the ice as well. I couldn’t be more excited about our future, and for our great fans, as we are getting a player in Lleyton who will be extremely exciting to watch for years to come.”

The 5-foot-8 defenceman was dominant in minor midget as a member of the Champion Toronto Marlboros team in the Greater Toronto Hockey League. He showed off his offensive capabilities with an astonishing 16 goals and 50 points over 54 games, while shining defensively helping his team to the GTHL championship.

Moore also just returned from competing at the OHL Gold Cup, where as a member of Team GTHL Blue, he finished with one goal and five points in just four games, helping lead them to a tournament championship.

When asked about the commitment Moore said “I couldn’t be happier to be joining such a great organization in Niagara. I am very excited to be starting my next chapter with the IceDogs, and I can’t wait to get going in September.”