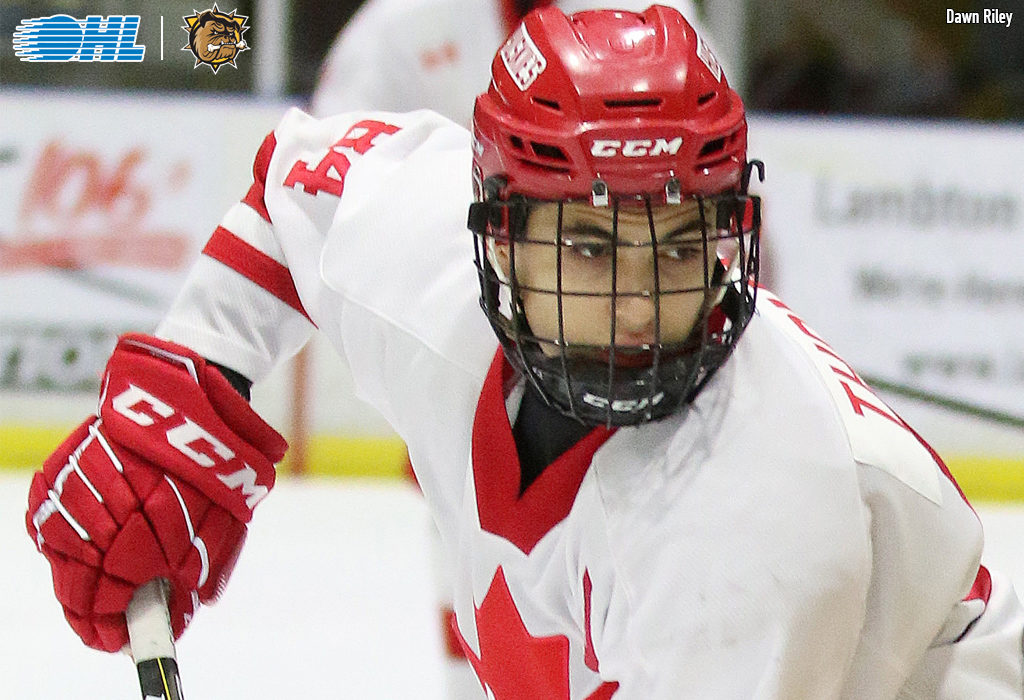 Thomas was selected in the third round (57th overall) by the Bulldogs in the 2020 OHL Priority Selection. He skated in 33 regular season games with the Hamilton Huskies (Alliance Hockey) this past season collecting 56 points (23 goals, 33 assists). His 1.70 points-per-game ranked third in the league and first on his team. He also registered 18 points (five goals, 13 assists) in 15 playoff games. Thomas served as co-captain with the Huskies during the 2019-20 season.

“We are excited to have officially signed Patrick to a Standard Players Agreement,” added Bulldogs President & General Manager, Steve Staios. “Patrick was a player we had a great deal of interest in throughout the season. He was the offensive catalyst and leader on a Hamilton Huskies team that had a great deal of success this past season. Our fans will enjoy watching the development of another local player with tremendous potential.”