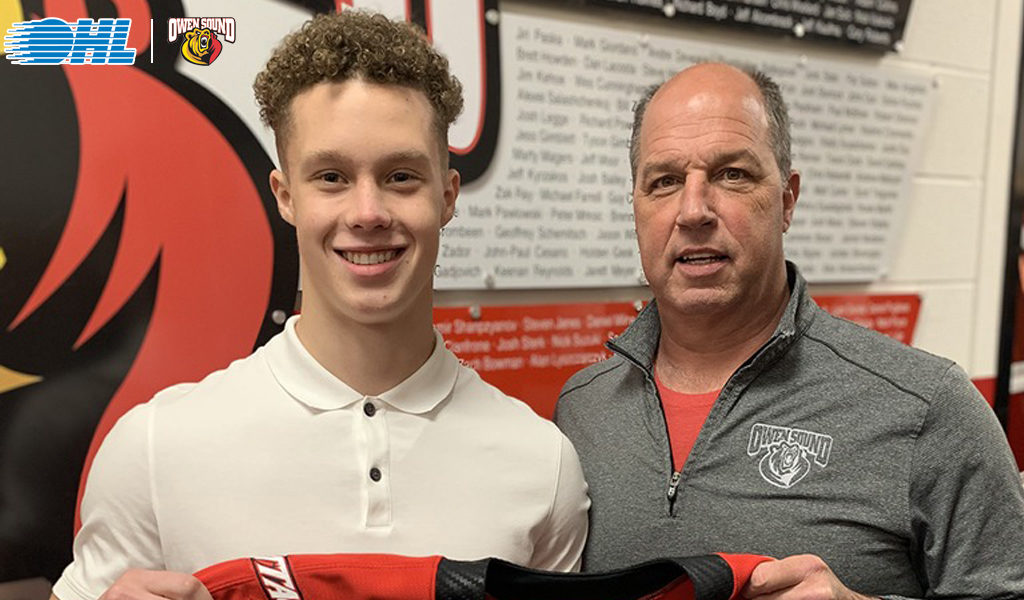 Owen Sound, ON – The Owen Sound Attack have added forward Logan LeSage on a Standard Player Agreement in advance of the 2019-20 Ontario Hockey League Season.

LeSage participated all week at Attack Training Camp, taking part in the rookie camp and the full camp later in the week. A 2nd round pick in the 2019 OHL U18 Draft, LeSage was selected 29th overall.

Attack head coach Al Letang says: “He skates really well. He has offensive upside, he’s a guy that will kill penalties for us and be a utility guy that moves up and down our lineup.”

Owen Sound fans may recognize him as the player who stood out in the yellow helmet during training camp.