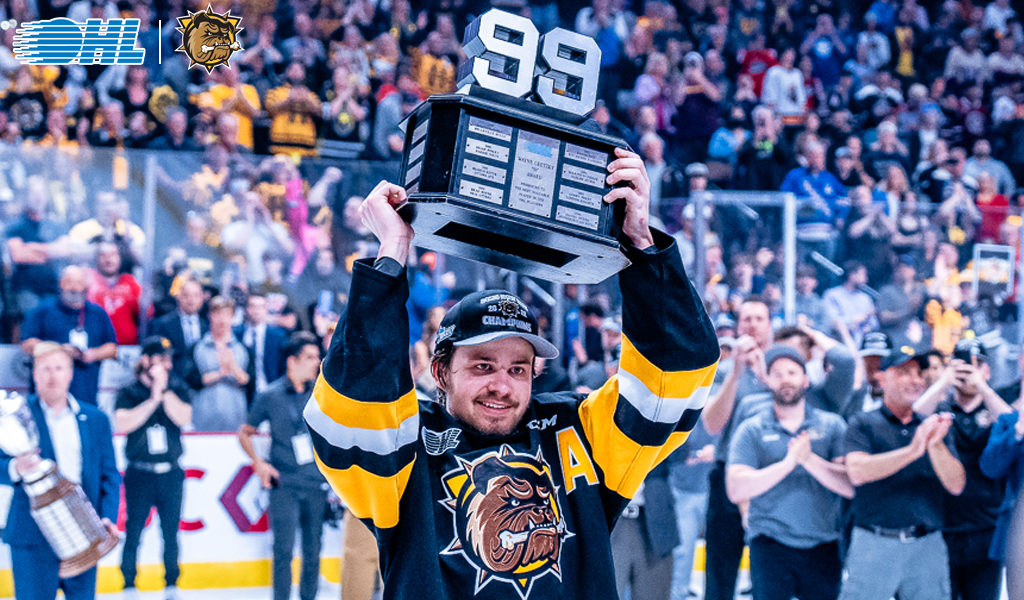 Drafted 18th overall by the Bulldogs in 2018, Morrison arrived to Hamilton with an advanced understanding of the game and a brilliant skill set. Learning under an incredible series of captains before him, MacKenzie Entwistle, Matthew Strome, Isaac Nurse & Colton Kammerer, Morrison now carries on a rich tradition of Bulldogs leaders.

“Logan is exactly what we look for out of a captain.” said Hamilton Bulldogs Head Coach Jay McKee. “His leadership abilities excel both on and off the ice. While known to most as an offensive player, it’s his commitment to the way he plays without the puck that really stands out to our coaching staff. As our leader, we are excited and proud that our younger players have a captain like Logan to look up too and aspire to be like.”.

As assistant captains, Morrison will have long time linemate Avery Hayes wearing a permanent “A”, while Ryan Winterton & Lawson Sherk will share the second with both serving as large parts of leadership group.

“We are equally excited to name Avery Hayes, Ryan Winterton and Lawson Sherk as part of our leadership group.” McKee continued. Though all players on our roster had positive impacts towards a championship season last year, this group consistently showed excellent leadership qualities both on and off the ice all season long.”

0:19
Mississauga Steelheads Ryerson Leenders
Real Canadian Superstore Save of the Night: Leenders Lunges Across!
22 hours ago