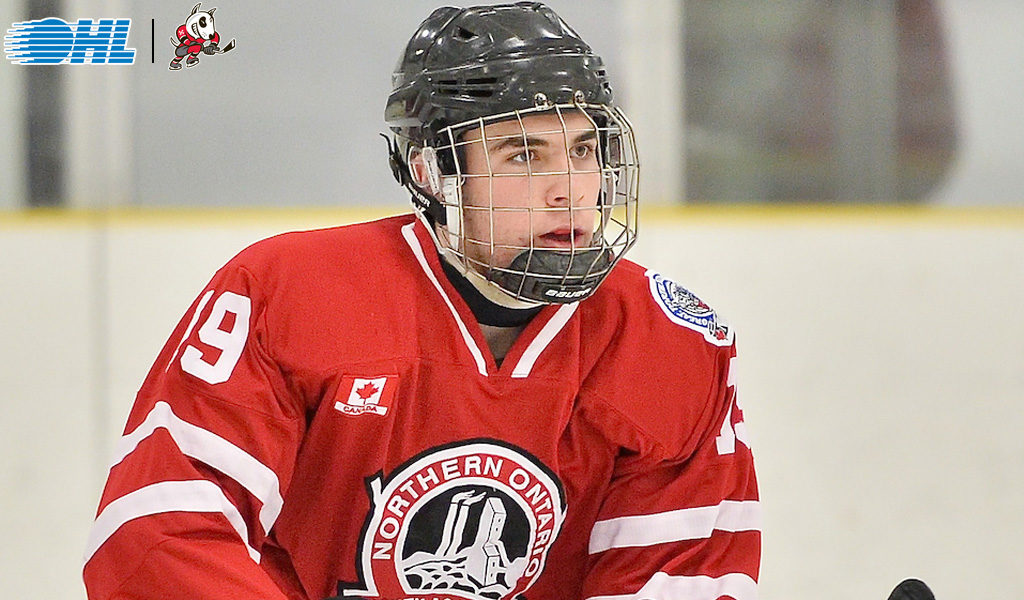 Theriault is described as a hardworking forward who plays a complete game. He has high-end skating abilities, and uses his quick feet to move the puck well up the ice. As a player that’s tough to play against, he has high-end finishing abilities.

He recently finished his second year of Junior A, and is coming off a breakout year. He tripled his point totals from his first season, helping his team finish first in the league. In the 2018-19 season, he finished with the most goals and most points in the NOJHL, and was rated the league’s most improved player. In 19 games of the 2019 playoffs, Theriault led the league with 28 points (13 goals, 15 assists).

General Manager Burke proudly announced the signing, saying “Lucas is a great story! We are thrilled to be making this signing official. He is a guy who has impressed every year at camp, and, to be honest, had we not been such a veteran team last season, he would have been here with us. It is no surprise to see his incredible numbers in the Soo this season and I expect he will continue his trend of getting better every year, here in Niagara. Lucas is extremely well rounded on the ice, and is as high character as they come off the ice. We are excited to be adding Lucas officially to Niagara today. We look forward to the season ahead!“

“I want to thank the Niagara IceDogs organization for giving me this great opportunity! I am beyond excited and can’t wait to get started in August!” said Lucas Theriault, upon signing his SPA with the team.