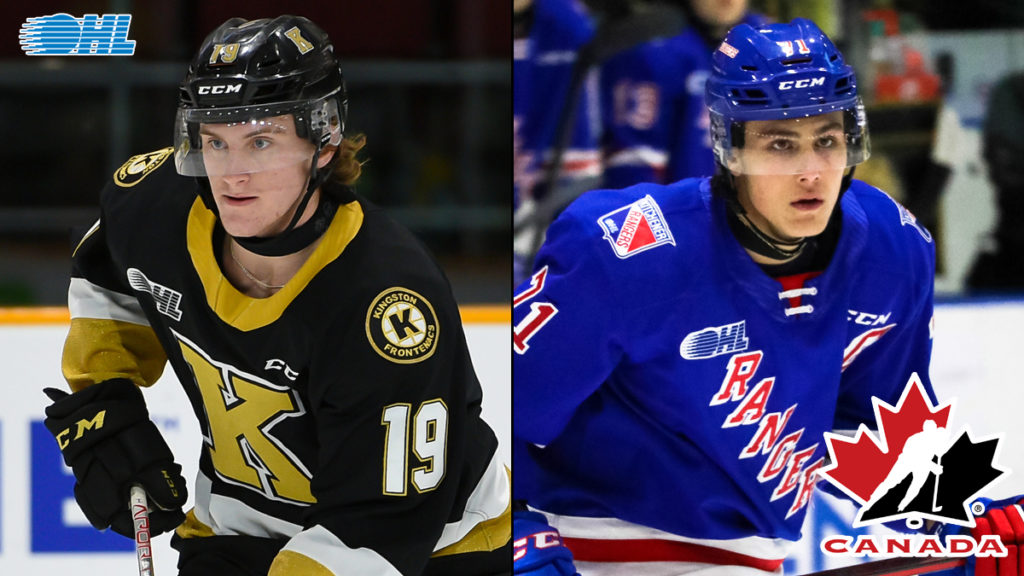 Ludwinski was recently selected by the Chicago Blackhawks in the second round (39th overall) of the 2022 NHL Draft. He attended Development Camp with the Blackhawks this past week. The 18-year-old from Pickering, Ont. comes off a 43-point (16-27–43) rookie season with Kingston after being the fifth overall selection of the 2020 OHL Priority Selection.

Pinelli recorded 22 goals and 38 assists with the Rangers last season. Selected in the second round (42nd overall) by the Los Angeles Kings in the 2021 NHL Draft, the 19-year-old from Stoney Creek, Ont. attended Development Camp with the Kings this past week.

Pinelli and Ludwinski join 17 other OHL players in Calgary at the camp that gets underway on Saturday, July 23rd.