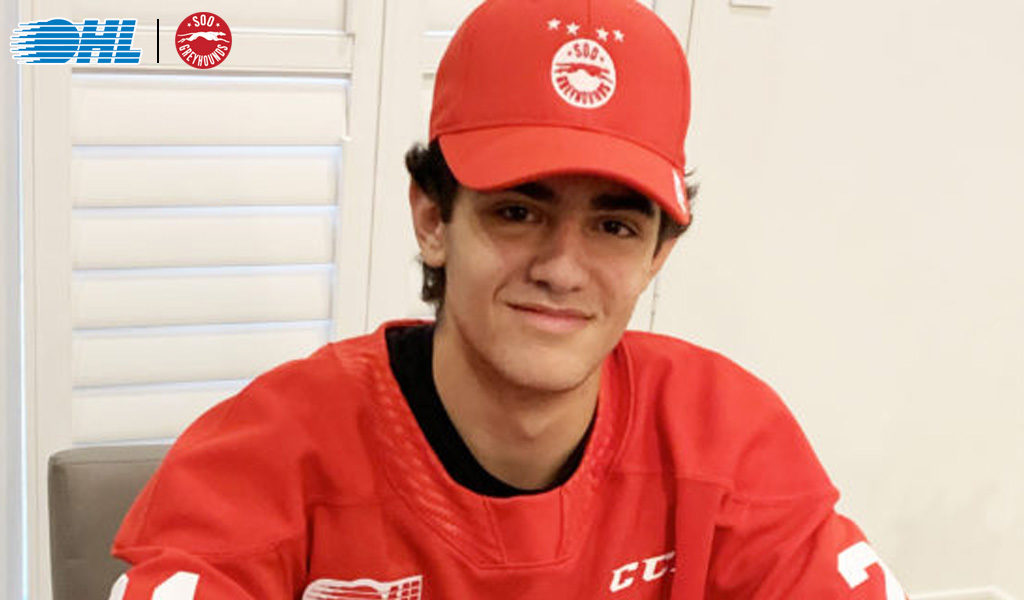 SAULT STE. MARIE, ONT. – The Greyhounds have now received commitments from their top two picks in the 2021 OHL Priority Selection, as General Manager Kyle Raftis announced that Marco Mignosa, the team’s second round selection (36th overall) has signed a standard player agreement, including an education package.

“Marco is a player that we were lucky enough to see a lot of dating back to the 2019/20 season while he was playing with the Toronto Nationals ’04 as an underage player,” Raftis said.

During that underage season, the Vaughan, Ont. native appeared in 32 Greater Toronto Hockey League (GTHL) games with the Nationals where he compiled nine goals and 11 assists for a total of 20 points.

Mignosa was subsequently set to spend the 2020/21 season returning to the ’05 age group with the Toronto Nationals in what would ultimately be a GTHL season that was cancelled due to COVID-19. Despite not playing in any league games, Mignosa did appear in seven games for the Nationals during the Elite Series Showcase last Fall, where he paced all players with nine goals in just seven games played.

“One of Marco’s greatest strengths is his ability to get to the middle of the ice and find creative ways to generate opportunities for himself, and for his linemates every time he’s on the ice. He’s a dangerous player, a bonafide goal scoring threat, and a player who’s already shown the maturity and confidence to play with older players in the past,” Raftis said. “We’re looking forward to supporting his growth as a player on the ice, and as a person off of it.”

The 16-year-old forward expressed excitement about formally joining the organization.

“Signing with the Greyhounds means so much to me because I’ve wanted to play in the OHL since I was a kid, and knowing that I’ve signed with a great club, it really means a lot to me,” Mignosa said. “I’m looking forward to living in the Soo, playing in front of a great crowd, and seeing what’s to come.”