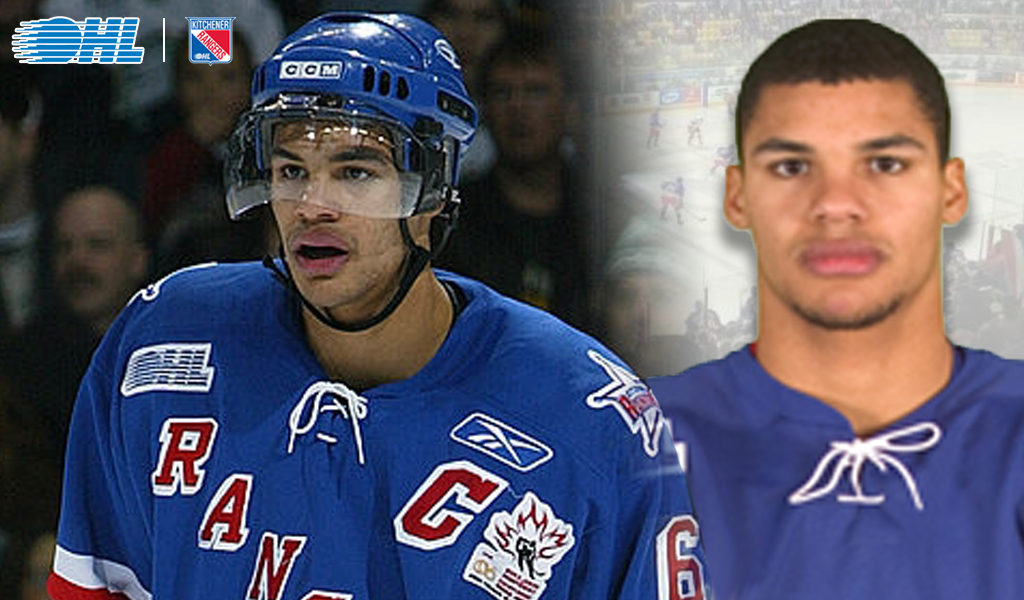 The Alumni Mentors will regularly be accessible to players on an informal basis, either one-on-one or as a group, and will speak to all players as a team at least three times a season.

“As an organization, we pride ourselves on being leaders both on and off the ice.

This program will further support the player experience and enhance player development,” said Rangers Chief Operating Officer Joe Birch. “Mark is a tremendous person who will be a great addition to our program with Jordan and Ben. He is a leader who is passionate about supporting player growth off the ice.”

Selected in the third round of the 2005 NHL Entry Draft by the New Jersey Devils, Mark made his professional hockey debut with the Albany River Rats of the American Hockey League in 2006.

During the 2006-07 season, Fraser signed an entry-level contract with the New Jersey Devils. During his professional career, Mark has played with three NHL teams including The New Jersey Devils, Toronto Maple Leafs, and Edmonton Oilers.

As of March 1st, 2021, The Toronto Maple Leafs announced that Fraser will work directly with the players and staff within all MLSE teams as the EDI department looks to further educate and bring positive change within its teams and the community. And now, we are excited to announce the addition of Mark to our Alumni Mentorship Program.

“I am excited to be joining the Kitchener Rangers Alumni Mentorship Program. I am proud of the organization to take the initiative in creating such a program that will provide another layer of resources to their players. Having been a former Ranger, I can appreciate what the players experience daily and throughout their hockey careers. It’s important for them to know they have a relatable influence around them to help provide guidance and perspective wherever it may be needed.”

“Mark will be a great addition to our alumni mentor program and a great resource for our players. He has played in the OHL, played in the NHL and has a good understanding of the highs and lows that young athletes can encounter at any level. We are excited to have him join Jordan Dekort and Ben Fanelli, making up an all-star group of alumni mentors,” commented Mike McKenzie, General Manager and Head Coach.