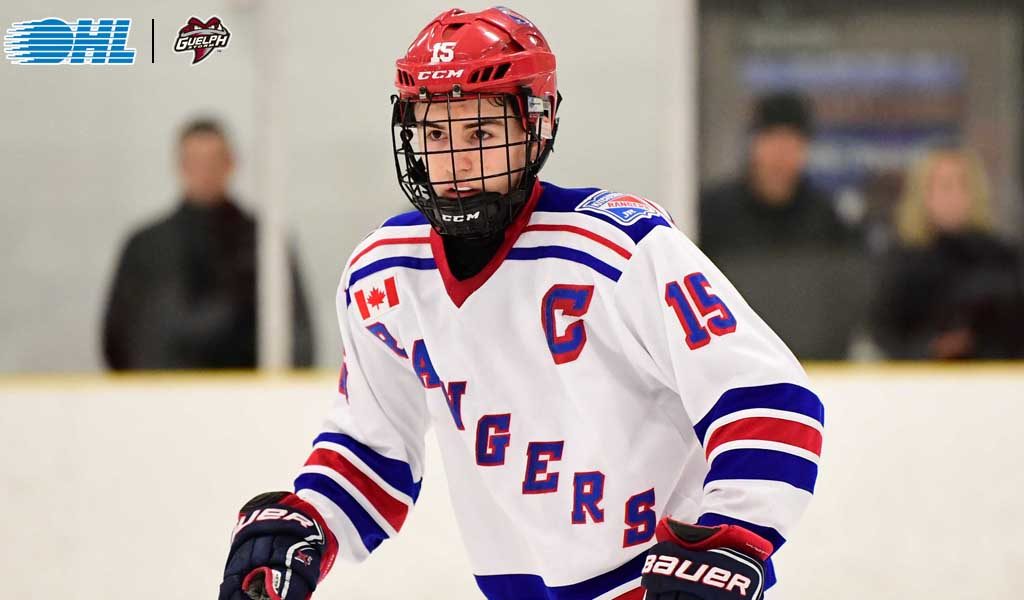 Sikic a six-foot-two, 175-pound forward from Kitchener, ON, was the Storm’s third round pick (55th overall) in the 2019 OHL Priority Selection.

“Marko’s outstanding puck skills, intelligence and potential are among the reasons we selected him this past April,” said Burnett. “We are very pleased that he has committed to our organization, and we expect him to be a big part of the future here in Guelph.”

Sikic tallied 19 goals and 30 assists for 49 points in 33 games with the Kitchener Jr. Rangers through the 2018-19 season. The Kitchener native also added three assists in four games played at the OHL Cup. In May, Sikic won bronze with Team ALLIANCE at the OHL Gold Cup in Kitchener recording four points (2G, 2A) in four games.

“I am extremely humbled and honoured to have committed to the Storm,” said Sikic.  “It is such an amazing organization and Guelph is a great city. I can’t wait to get started and to develop both as a player and a person.  Thank you to all that have helped me get to where I am today.”

Sikic will join the rest of the Storm for training camp in August.